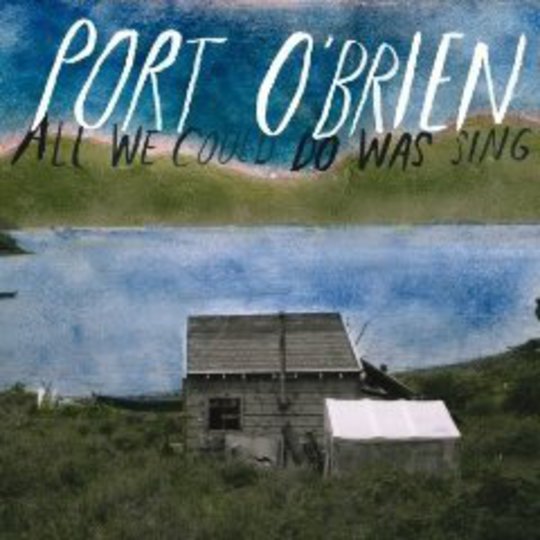 At face value All We Could Do Was Sing represents a wonderfully simple sentiment: to sing for the fundamental pleasure of doing so. But for all its carefree insinuation, it’s an album that hints at turmoil, self-conflict and the sense that it’s being done because there’s nothing else to do: that singing is a last resort.

Van Pierszalowski certainly sounds like a man singing for his sanity. From the unbridled intensity of ‘I Woke up Today’’s upbeat stamp-along, to the ramshackle, stumbling ‘Pigeonhole’, he flickers between an enigmatic howl and husky introspection. The album serves an almost autobiographical purpose, detailing a life of time spent fishing, drinking and working oneself to the bone.

Indeed, pack leader Pierszalowski spends his summers working on his father’s salmon fishing boat in Alaska; bassist Caleb Nichols used to work at the local canning factory; and vocalist/multi instrumentalist Cambria Goodwin still plies his trade as baker in Larsen Bay. So it’s little surprise that the album soundtracks the long weeks spent working a laborious nine-to-five grind, questioning the simple pleasures as much as enjoying them, and looking forward to winding down with your friends and a cold one on the big blue. It’s simple, rustic, heartfelt fare that you don’t need a seafaring belly to stomach. And although it's an album interspersed with themes of freedom and contentment, it’s also one that exposes a rather morose underbelly.

“Put me on a boat and cut the line / the fishin’’s been much better but the weather’s fine / and all my friends are here to kill the time,” he wails on ‘Close the Lid’ and talks of “not being ready to settle down” on the delicate, downbeat ‘Don’t Take My Advice’. For man who spends time writing from the desolation of the open sea, there are moments on the album where his tender vulnerabilities come to the fore, as on ‘Will You Be There?’, where he sings: “I will surely buy a house / you can live there with me / that way when I die / I wont die alone / I’ll have you there to talk to at home”.

Maritime tracks like ‘Fisherman’s Son’ and ‘Stuck on a Boat’ make no bones about hiding Port O’Brien’s nautical theme – shucks, it’s even in their name – but while it’s unashamedly prevalent throughout, there’s much more to them than upbeat, raucous sea shanties with sidelines in strings and banjo plucks. That’s not to say they don’t come across like an all-singing, all-banging Life Aquatic armed with pots, pans and whatever instrument comes to hand, but from the raw, stamping folk-punk to the string layered sea ditties, All We Could Do Was Sing is much more than it initially lets on.

The Greenhouse Effect (aka The Greatest Mixtape Ever)