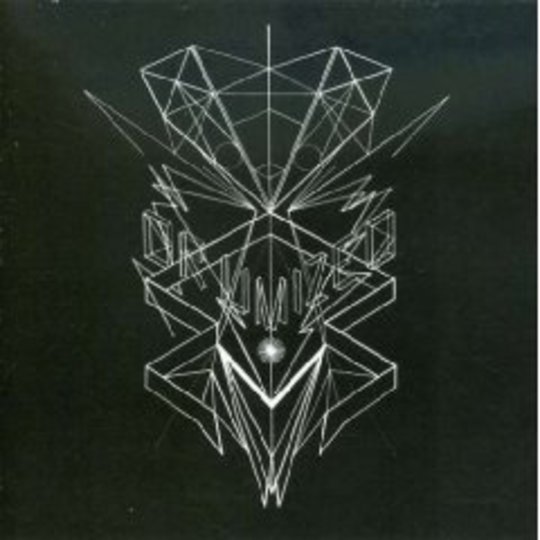 I’m not sure of the feeling other people get when they play too many computer games (SNES, specifically) but to me _Drumized _sounds like that zonked and square-eyed sensation when pixels take over your world and Mario comes to you in dreams.

*DJ Scotch Egg *grinds his Gameboy into the curb and effects scream out of it, mutilated and chopped up in some experimental ADD frenzy. Actually, he uses four of them, feeding each through a mixer to create a frenetic swarm of bleeped-up textures and spiked sounds that are rooted firmly in all things experimental.

The sonic explorations heard on Drumized _are always supremely colourful, searching through various sonic spaces from drone to full-on glitch. For instance, opener ‘WWWW’ is positively chaotic (like most of the record), but then space opens up with a lower toned drone and blissful harmonies swim in over the top, along with one of the album’s few human touches, vocal samples of a girl saying “hello”_. The rest of the album finds the 8-bit jams becoming increasingly more wild and hardcore, gabba-like or fucked-up techno in vibe, with all four Gameboys and whatever other tools culminating in rhythmic peaks and percussive bumps.

On a track like ‘Yeah, Final Yo’, beats move out gradually in a Black Dice style, while the following_ ‘Scotch Circus 2’ is straight-up demented gumball glee, with schizoid beats out there in the forefront. The album ends on an almost Fennesz-like ambient wash called _‘Ummmmmm….’, which in title and sonics pretty much sums up the ambition of this record: a futuristic and retro voyage into textural and electronic music, videogame culture and experimentation.

There’s a lot of ‘computer music’ out there, and a lot has a tendency to dwell in the silly or the aesthetically kitsch, which can often lead to some negation of lasting aural enjoyment or stimulation. Even if there’s a robotic 21st Century glaze over Drumized, there’s an essential human essence at the core of these tracks. The spirit is crazy and fun and wide-eyed, and while it’s explorative in terms of texture and space, these pixelated polyrhythms also deliver terrific beats to make this hacked videogame soundtrack as infectious as it gets.