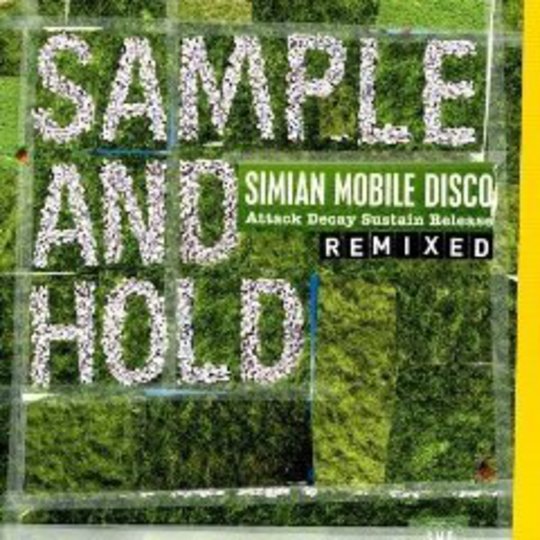 As a teenager, ‘The Remix ’ was always my pet hate. Draped in embarrassingly ill-fitting clothes and chomping on even iller-fitting traintracks, much of my pluke-speckled years were spent revering every parp exuding between the chiselled cheekbones of Suede's Brett Anderson. And from this narcissistic fringe-flicker I learned everything I ever needed to know about the virtues of the b-side. Sure, tracks like the magnificent ‘My Dark Star’ or ‘He’s Dead’ were merely space-filling session cast-offs but, to these ears, each was an un-explored nugget that had me queuing outside Woolworths on a Monday morn’ giddily awaiting the single's release – something a half-arsed hatchet job by DJ Jizzmeister could never do.

Teeth now straightened and threads finally befitting (thanks to a nicotine-replacing antidote of cheese and biscuits), the prospect of ‘The Remix’ continues to rest unsteadily. Throughout all my adult life it's been drummed home, like some sort of God-fearing Calvinistic maxim, that plagiarism is unacceptable, unforgivable even, so for someone to have free reign over another’s work and gasp profit from it is beyond contempt. And aye, I’m full of contradictions - my love of The Avalanches’ ‘Since I Left You’ bears testament to this - but for all the sticky-fingered sample swindling that goes on in my iPod you’ll be hard pushed to find a remix record amidst the clutter of overplayed MP3 and podcasts.

That is until now.

With the release of Sample And Hold, Jameses Shaw and Ford – aka Simian Mobile Disco (SMD) – have compiled a till-ringing mash-up of last year’s electro-spectacular Attack Decay Sustain Release (review). Riding on the coattails of Health’s much vaunted HEALTH//DISCO (review), it’s pleasing to see the running order’s an exact replica of the London duo’s beat-freaking debut; if only that unmistakeable remixer’s signature - the concaved shaping of parenthesis - didn't proceed the final letter of every title.

Chopped, grated, toasted and garnished by “new, exciting DJs and producers and established dance heavyweights” (thanks, the press blurb), truth be told, this is a record no discerning listener should really give a shit about – least of all me. But, y’see, Sample And Hold’s a perplexing swine.

On one hand, it’s a diluted etch-a-sketch of the screwball beat-makery that made Attack Decay Sustain Release such an entrancing proposition, with The Invisible Conga People’s Balearic-infused rehash of ‘I Got This Down’ and Danton Eeprom’s pitifully limp take on ‘Wooden’ eking out the last remnants of joy from their floor-spitting blueprints. Yet, in ‘Sleep Deprivation’ (Simon Baker Remix) lies a smattering of hope that leaves limbs loosened and senses perked to the tune of escalating synth wobbles and alien chimes. And the drug-hound breaks of ‘It’s The Beat’ (Shit Robot Remix) has pristinely buffed sneakers cutting rug like Jesus on overtime to the Casio-toned odyssey of B-Boy chants and ulcer-stinging afro-rhythm.

What’s perhaps most surprising about Sample And Hold is the unveiling of a thriving instrumental tapestry lurking beneath its parent's electro-bending exterior. The scattershot ‘Hotdog’ (Cosmo Vitelli Remix) exhales a traditional melee of bass and percussion that, when laden in wah-wah, jaywalks with the funky swagger of a ‘70s blaxploitation hoodlum, and Oscillation’s ‘Tits & Acid’ is a shrill of rattle-bone drums that belies the paranoid wench of electronica served up on SMD’s inaugural slab of mongoloidian debauchery.

As enjoyable and fresh as these reappraisals are, it’s difficult to resist reaching for the original to excavate each hidden crevice yourself. And with cursory remix tokens spread thickly – many tracks predictably over-stretch in aid of deluded bedroom beat-matchers while others merely annihilate the already atrocious (Pinch’s schmooze-infused take on the originally jaded ‘I Believe’ is particularly grating) – those glances towards Attack Decay Sustain Release's grassy-pitched sleeve become all the more frequent.

But in Joakim’s mix of ‘The Hustler’ rests a sliver of ingenuity that's brought to the forecourt as a tirade of brutal beats resonating around the track's deep, galactical bassline. Climaxing with a clunk of android disco-filth, it's the only true, pocket-burning moment on an album that drizzles attention-spans with infrequent showers rather than engulfing them in a waterfall-like continuum. Yet while Sample And Hold’s not quite a vehement affirmation of The Remix’s merits, it’s enticing enough to have you wondering what life would have been like without all those Suede records.