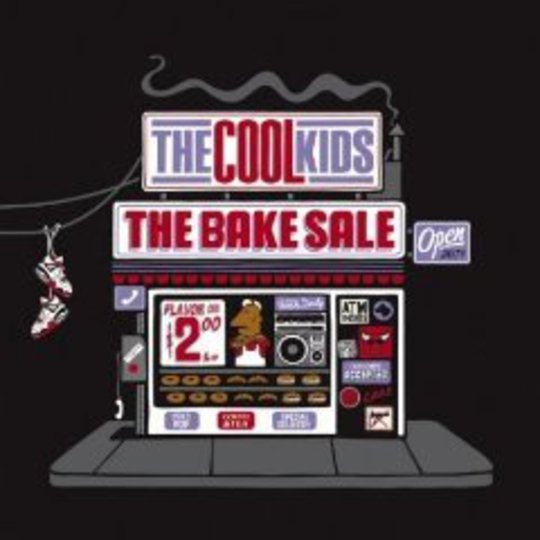 The Cool Kids rap about what they know. Simple as. Those things: trainers, bikes, their neighbourhood, the little bits of bling they’re presently hot on, Street Fighter and SEGA, ill-fitting pants, their other songs, themselves.

It’s this no-baggage approach to lyricism – don’t stretch the truth, just let it roll clean – that has one instantly endeared to Chicago duo Chuck Inglish and Mikey Rocks and their laidback rhymes about bouncing their BMXs down the street and checking their pockets for chump-change at the corner shop. Sure there’s a degree of braggadocio to proceedings – the little bit of gold they seem so keen on decorating just about everything_ with, even chicken (ish – listen to opener ‘What Up Man’ for an explanation), is something they’re ever so chuffed about – but no more than, say, the Beasties when they first emerged, egos bigger than their sales and potty-mouths spitting ill communication.

Comparisons to the New York veterans seem welcomed by this youthful pair, though, as they introduce themselves playfully on ‘One Two’ as “the new black version of The Beastie Boys” prior to referencing Star Wars in relation to their recently acquired sneakers of note. Everything they see enough of to deem worthy of writing about is spied through the filter of pop culture, slow-drawl emceeing steady and sluggish to let the words sink in without the need to press rewind – school yard-style phrases of repetition, numerical countdowns and broad pop hooks aid the connectivity, the accessibility. ‘88_’ lifts the record’s strolling pace somewhat but rocks its crunchy guitar samples in pure ‘80s style, to the extent where you’re certain Joe Perry’s about to cut loose. “Like I’m bringin’ ’88 back,”_ goes the chorus, but one can dip deeper into the past still: had the track been one of Def Jam’s first it’d have perhaps dated better than LL’s ‘I Need A Beat’.

At their most contemporary-sounding – ‘What It Is’ being the most immediate selection – The Cool Kids come on like Pharrell-produced protégés given a leash loose enough to leaf through their archive LPs for additional inspiration; when they’re tapping veins assumed dry since Paul’s Boutique and 3 Feet High And Rising they’re pitch-perfect impersonators of an era many a hip-hopper today will only have read about. Which leaves them in an odd position: they earn personal respect for displaying their own respect for forefathers before them… but critically speaking? Critics schmitics: sometimes great fun in music sings louder than forward-thinking compositional skills, and The Bake Sale is a lot of fun.

“How gangsta is that? Not gangsta at all!” Their own words, and they sound refreshingly honest at a time when so very many successful rap artists _still play up to the same old post-Death Row bullets ‘n’ bitches clichés, of which there are none here. The Cool Kids’ revivalist format might not remain flavour of the month long enough for their debut LP proper, When Fish Ride Bicycles, to have much of a commercial impact when it’s released later this year, but this taster ten-tracker of older material certainly leaves a pleasant aftertaste. Investigate if it’s a trip down memory lane you’re after, albeit one where you’ll be made to dress in thoroughly modern fashions.