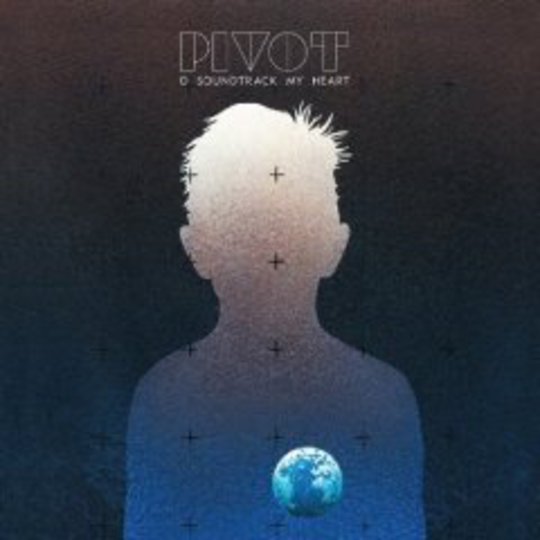 There’s much to admire in Pivot’s first major full-length release, yet the overall result doesn’t always live up to the sum of its parts.

‘In The Blood’, the album’s lead-off single, showcases the energy and restless creativity that the Australian three-piece have in abundance. There’s plenty going on, with the purposeful live drums steering a typical everything-but-the-kitchen-sink mass of sounds through a lively instrumental workout. The album’s title track, meanwhile, is a fine demonstration of the band’s aptitude for mood changes, with ominous Add N To (X)-style synths building towards a metal-ish spell of guitar posturing, before the track finally settles into something of a groove. The problem is that, as impressive as the ideas and ambition are on tracks such as these, the end product is overbearingly dry, coming over more like a demonstration exercise in technique and range instead of being material destined to stir the heart and soul.

It’s perhaps no surprise, then, that the record’s highlights are found in its more inconspicuous corners, where the grandstanding is kept to a minimum. ‘Fool In Rain’ is such an instance, with its gentle melodies and electronic burbles playing off against a rudimentary drum machine. Yet the band is at their very best when form is set aside completely, when the tracks are allowed to breathe naturally. ‘Love Like I’ is great, somehow conjuring up the dread, panic and ice-cold terror of eavesdropping on an intruder pilfering your worldly possessions in the next room. Meanwhile, closing track ‘My Heart Like Marching Band’ is a thoroughly unsettling experience, its acute eeriness suggesting a nightmarish haunted house, the air thick with doom.

So, Pivot have plenty of good things to offer, though their energy and ideas are often let down by the form of the songs. It’s a tricky album to judge, considering its best moments are easy to overlook, but there’s enough to make this worth a listen and suggest that better days might lie ahead.