Prisoner Of The Seven Pines EP 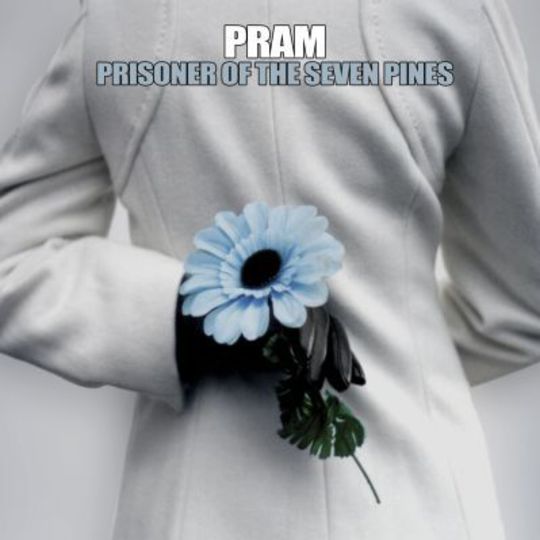 As previously iterated, I’m nae a big fan of the remix concept. Yet, somehow, this seems to have bypassed the promo issuers that be and I find myself confronted with a second remix record in a week. So, instead of re-treading old ground, these few words will focus on Pram’s Prisoner Of The Seven Pines as a standalone entity without reference to the source, last year’s The Moving Frontier album. It being possible to do so, however, bears resounding testament to the strength of this EP.

A dizzy carousel of downtrodden electronica, Prisoner… takes Pram's sultry minimalism and builds atop an extraordinary wealth of effect-laden idealism that further magnifies the cinematic soundscapes of these Birmingham-born avant-gardeners.

Setting sail with the unaffected album cut of ‘Beluga’ initially appears a baffling decision. As phosphorescent and dreamy as the stumbled percussion and xylophonic chimes are, there seems little point in its existence on this, a remix record. But once each proceeding number gloops honey-like into the atmosphere, the track begins to emanate as a clear focus point in this crossroads of ideas.

Psapp Vital Sand Pit’s touch up of ‘Metaluna’ is first to wriggle its way into the bloodstream, tweeting and chirping to Spirographic effects that march stoically against a grieving viola wail. It’s an infectious juxtaposition of child-like emotion bound together by the sensuous scales of Rosie Cuckson that would be an unperturbed highlight if it wasn’t for the brilliance to come.

See, the curiously named A Guire Wrath of Godsy’s interpretation of ‘The Silk Road’ is simply phenomenal. A slime-infested cavern of synth and drum, the sheer depth of sound emitting from the speakers is enough to have an audiophile running to the launderette, soiled bedsheets in hand. As harrowing and orchestrated as Liars’ ‘A Visit From Drum’, the track’s duplicity both bleeds the lugs and soothes the soul with a shrill of aching skin pummels wedged between textured melodic lilts.

Such peaks, of course, are hard to maintain and Grandmaster Gareth’s reprisal of 'Beluga' lacks the sonic intensity of its predecessor; embellishing an annoying merry-go-round of kiddie-tronic keys amidst the track’s antsy-pants percussion. Thankfully, the Modified Toy Orchestra’s skewering of ‘Salva’ resuscitates the EP’s withering lungs at the last. Making for a sublime finale, the track's opening blow of oxygen grabbing chimes and floating harmonies submerge into a dreamy mezzanine of instrumentation upon which Cuckson wondrously exhales.

Who'd have thought it: a remix record that stands up on its own. Pram’s Prisoner Of The Seven Pines truly is one of life’s oddities.

What You Don't Know Is Frontier