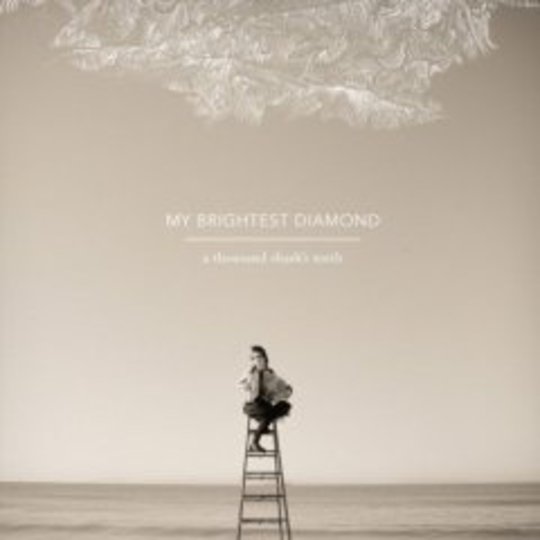 Shara Worden isn’t the easiest female singer-songwriter to enjoy, but persistence produces rewards. On her second studio album as My Brightest Diamond (DiScovered), the sometime collaborator with Sufjan Stevens – she’s previously played as part of his Illinoismakers touring troupe – sets her vocals to soar across eleven tracks that mix pop sensibilities with a cabaret edge; at times the sensation felt isn’t pleasant, but when Worden strikes gold in the hills she climbs so very elegantly, it’s magnificently bright.

The reason she’s a tougher cookie to crack than so many would-be peers is because of her style of delivery – the music surrounding Worden is rarely anything other than gorgeous, all deftly plucked strings and haunting woodwind, as in touch with the classical world as it is contemporary pop and rock, but as the singer scales heights so few dare to stretch for, her tones can turn to an uncomfortable shrillness. Debut album Bring Me The Workhorse, later brilliantly remixed as Tear It Down, showcased her vocal versatility, but at times on this sophomore the variety is distracting of scope.

‘Inside A Boy’ finds our protagonist majestic, as the arrangement beneath her seems to detonate into a roaring finale; ‘The Ice & The Storm’, too, resonates with a wonderful brilliance, a singular poise. But ‘From The Top Of The World’ is an over-egged pudding piece, too rich of flavour; by reaching for an untapped splendour, straying out of her best-sounding scales, Worden grates. It’s an unfortunate feat repeated a couple of times more across A Thousand Shark’s Teeth.

But despite the sometime over-the-top dynamics of its voice – the USP that’ll actually be the main appeal to certain admirers, anyway – this album is an engaging listen, one that builds on the promise of its maker’s debut and suggests that, with a little taming, My Brightest Diamond could enjoy the sort of recognition the likes of Bat For Lashes can attract – neither will ever be Björk-sized of profile, but each is creating engrossing, romantic music that transcends genres. Should she stick to her wild guns, Worden will remain a cult figure. If that’s her preferred path, A Thousand Shark’s Teeth can be summarised as an essential collection of curious cobbles, each unique and all comprising a whole that’s not quite the shape a pop perfectionist would demand.