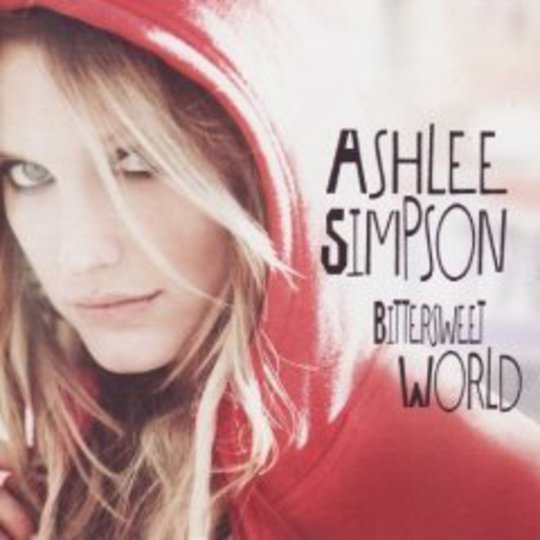 Remember pop music? Sure you do, it was pretty big back there for a while. Back when it was the defining cultural artefact of the Western world for around 60 years, seemingly right up until the point broadsheet music critics decided to ‘take it seriously’ around the turn of the century. Less than a decade on, we’re in a time and place where a successful UK pop act hasn’t been launched in eight years, and the biggest female solo star in the world this February was that one from Moldy Peaches. Well done all involved.

So, right here right now, what passes for capital-‘P’ pop in the UK is either The Ting Tings doing their ‘Toni Basil chopped ‘n’ screwed’ steez, Scissor Sisters’ Toni and Guy anthems, or fucking Alphabeat. (Side note: can anyone name another artist currently recording who looks more like she cries herself to sleep each night other than her from Alphabeat? Me neither).

Even Girls Aloud, who were meant to be the saviours of this shit back in the day, prefer to go to war wielding the ‘It’s not real indie, they’re just poseurs’ jibber-jabber of ‘Hoxton Heroes’, a song that doesn’t so much resemble the girl power stompings of what were meant to be this country’s most vital pop act, but rather the butthurt whinings of a Wedding Present fanzine writer circa the release of ‘Cigarettes and Alcohol’_.

Where did it all go wrong? Pop music, from Frankie and the Teenagers through to The Monkees, Bay City Rollers, Tiffany, whoever, was always about a sense of fun. Whether this was the authentic sound of fun captured on wax, or rather just the drama school facsimile of it by record label marionettes doped to the eyeballs, didn’t matter. Pop Was Fun.

Then it went off the rails drastically. We started becoming obsessed with meta. For a while, we were okay: Britney could do songs like ‘Email My Heart’, like ‘Sometimes’, like ‘I Was Born to Make You Happy_’, just the dumbest peppy bullshit ever. And that was okay, that was pop, she was a good popstar.

Then we came to the era of the gossip blogs, cultivating an entire area of the internet for themselves, where every single action of every single pop star was lived, relived, and analysed. Suddenly, the star’s life became the story. The star’s life had to be their music as well.

Britney can just about manage this. I, personally, am not fucking with Blackout (review), but enough people out there are to make me think it has some validity on some level. Anyway, Britters is the white trash dream, with the drug problems, the mental health disorder, the kids, the backing dancer’s cock in her mouth: girl has had some serious shit go down in her life, so if she wants to drop an album where that’s all she talks about, she has some material to do it with. Ashlee Simpson, on the other hand, doesn’t.

Ashlee Simpson is keen to talk about her life and career on this album. The sum total of problems in Ashlee Simpson’s life seem to boil down to having the creepiest man in music as her father, and being humiliated and exposed as totally out of her depth on national TV a few years back. If the latter was any qualification for a pop career, then we’d all be bumping ‘Luca Toni Rocks... But Gently’ in our car stereos right now.

Take lead single ‘Outta My Head (Ay Ya Ya)’. Apparently Ash is going crazy. Why is she going crazy? Because the MEDIA are HARASSING her. I personally would be more concerned with her going insane having to listen to the backing for this song, which resembles the sound of an abattoir for Tamagotchis. But no, Simpson’s bid for notoriety (after she failed miserably at being a less-murine Avril) is built around the idea that she’s some sort of soon-to-combust starlet hounded to insanity by her circumstance. It’s a conceit that just doesn’t work.

Look, I’m not saying that her label should be looking for their next diva at a Rape and Incestor National Network meeting. I just think that having to lovingly tongue Pete Wentz’s balls every now and then isn’t that traumatic an experience.

Elsewhere on the album, one of Plain White T’s turns up on ‘Little Miss Obsessive’ (again about Crazy Ol’ Ashlee being Crazy) for what sounds weirdly like an Another Level single; ‘Murder’ (“they say I get away with murder”, apparently) is an offcut from that Emma Bunton album that I and nobody else on the planet liked, and ‘Boys’ is at least a heart-warming revelation that The Neptunes can make a song even worse than ‘Everybody Nose’.

There’re dudes out there (Google them) who will try and tell you this album has some relevance, that it represents pop, that it’s important. That it’s good. They’re wrong. Anyone who enjoys this album on a musical level is a fucking idiot. Anyone who enjoys it as a signifier or marker point for what pop is and should be as a vital musical force in 2008 is engaged in the worst kind of Weekend at Bernie’s style action, and really should grow-the-fuck-up before they become unable to ever wash the stench of corpse off their clothes.