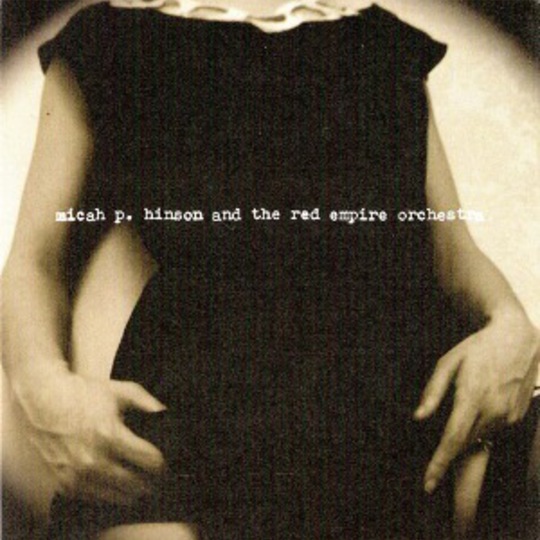 Gravel-voiced Texan Micah P Hinson has seen his share of tragedy. Much has been made of the prescription-drugs addiction and jail stint that marked his teenage years, and the redeeming achievements of the two albums he released soon afterwards. Yet on his third LP, … And The Red Empire Orchestra, sorrow and apprehension seem to dog him still.

It’s a magnificent, tender album regardless of its back story. Hinson follows in the footsteps of lyricist-craftsmen like Johnny Cash and Willie Nelson, and his easy hand with the Hammond organ’s higher registers would do Dylan proud. But he’s no aural historian. There’s a super-modern flair to his lushly layered wall-of-sound instrumentation. The delicate ‘Come Home Quickly’ opens with a verse of crackling piano, scratchy guitar and faded vocals, like an old record played with a dull needle in a black-and-white film. Then a cymbal shivers and a Technicolor universe bursts open into lush, swelling organ, strings, guitars and bass. It’s like the world has been created anew - imperfect perhaps, but bright and fresh and full of possibility.

There’s a dreamy precision to ‘I Keep Havin’ These Dreams’, like a half-remembered vision of infinity. Violins bounce measure after measure of eighths over quarters over half and whole notes, all overlaid with a stream of seemingly infinite chords. “And I keep having these dreams, that you were all I needed”, Hinson sighs over and over, without ever seeming to have started or stopped, forever trapped on the far side of the looking-glass of consciousness. ‘Sunrise Over The Olympus Mons’ starts humbly enough, slow and dreamy and swooning with reverb. Rising fragments of scales build to a shivery top-register whammy-barred guitar that soars, rough-edged, over everything you’ve ever heard before descending into a fuzz of feedback. Nestling amongst the layers is Hinson’s quiet refrain, “Oh, love of my life”, its quiet yearning almost unbearable against the euphoric backdrop. Instruments fade out one by one until a pure single note stretches into the distance.

A limp sense of regret clings to the two further songs that do, in fact, close the album - Hammond-happy music-hall sing-along ‘We Won’t Have To Be Lonesome’ and textbook lament ‘Dyin’ Alone’. Both are perfectly nice, just unnecessary. Still, the awesome joy and pain of the first nine more than merit a blinked-away wetness of the eyes.

A Place Where We Could Go