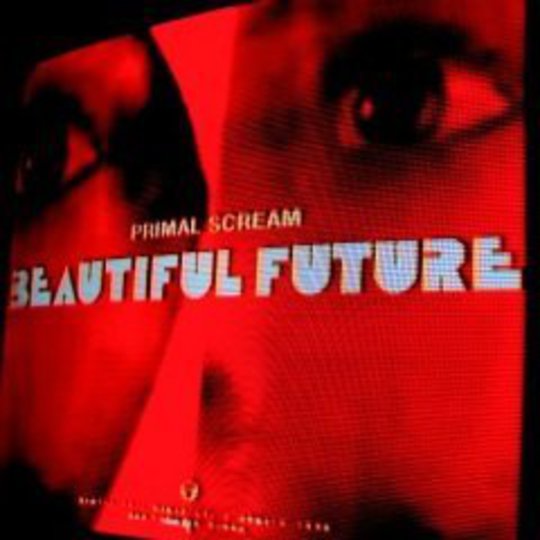 The story of Primal Scream is perhaps one that is best looked at as a constant tight rope walk between pushing the envelope and emulating heroes. Whilst their commercial successes have tended to be derived from the latter approach (look no further than ‘Country Girl’ for evidence of this), their real worth has always been found in the albums that poke the eyes of those who accuse them of being little more than copyists. Primal Scream’s trio of albums around the turn of the century (Vanishing Point, XTRMNTR, Evil Heat) genuinely scorched a trail for bands prepared to look outside of their own entrenched guitar ghettos. They still smelled like rock stars, surrounded themselves with the same trappings, but their indulgences yielded invention rather than regression.

Then their last album was a dud. Riot City Blues was predominantly a retrograde retread of their own retrograde Rolling Stones retread Give Out But Don’t Give Up, released some 15 years ago; a shallow throw that carried little creative arc or took them much distance other than into the maw of their detractors.

So the first plus for Beautiful Future must be that it is at the least a step away from the void. Save for the cripplingly average ‘Zombie Man’, it doesn’t feel like Primal Scream are going through the motions. In the cannon of their work, this is in fact their most ‘up’ album since the landmark Screamadelica. While it’s not ‘pop’ as some might suggest, these concise ten tracks have a sheen like a glass-fronted skyscraper - with Bjorn Yttling and Paul Epworth providing the production chops that again show Primal Scream’s knack for recruiting collaborators who ‘get’ them.

The opening title-track offers crisp beats and handclaps, bells and even Kaiser Chiefs’ patented rising “Whoa”s, whilst underneath it all frontman Bobby Gillespie rails against the tyrannical illusion of choice in consumerist society: “You live by the sword, you die by the sword / You’re only free to buy the things you can afford”. The anti-government, anti-corporate shtick has informed his politic for nearly a decade now, but the vitriol has been turned down. Even ‘Suicide Bomb’ is little more than a soundbite - the body of the lyric containing nothing more inflammatory than the line, “I’m going live like a suicide bomb”.

Elsewhere, the slow-disco of ‘Uptown’ breathes allure as it glorifies the tantalising high life lived only fleetingly by McJobbers in the windows of the weekend; ‘The Glory of Love’ recalls the more instrumental moments of Talking Heads; and ‘Can’t Go Back’ works into an oscillating, synthesizer-speed-fest reminiscent of ‘Accelerator’: “Stick a needle in my arm / Stick it in my baby’s heart”.

The last three tracks prove to be where the collaborations lie. The minimalist thump of ‘I Love To Be Hurt (You Love To Be Hurt)’ - featuring CSS’s Lovefoxxx - sounds like a continuation of Evil Heat’s ‘Some Velvet Morning’, emitting a sleazy, sleek pulse with whispered, high-register trade offs between Bobby and his female counterpart. Then the Fleetwood Mac cover, ‘Over and Over’, on which Bobby duets with Linda Thompson, provides a stark, emotive contrast to the rest of the material on the album, as it throbs (no pun intended) and aches in that way Primal Scream have had down since ‘Damaged’.

Finally, ‘Necro Hex Blues’ has Josh Homme machine-gunning his trademark riffs through a hot, worked-up, one-chord shoot-out that sounds like all concerned are in a race to the finish. ‘Shoot Speed Kill Light’ it ain’t, but there’s still life in these elder statesmen that belies their years.

So it’s all good then? Well, there is a lack of faults, sure, but there’s not a lot that grabs hard. Some of their better tricks now sound a little worn, with a lick of paint that occasionally softens edges best left rough. There’s little that unsettles, or demands that you stop and pay attention. It doesn't ask questions or even compel you to skip. It just is, and that is the shame - that there's not much of a test. If Primal Scream have given up testing then it's hard to grudge them that – they have gone to the mat with their younger peers numerous times on those very terms and won out. But it means that, like those cobwebbed bands whom Primal Scream at their worst ape, they also start to cease to matter. They’re not there yet, but then again they’re not yet clear.

A step back from the brink, then.