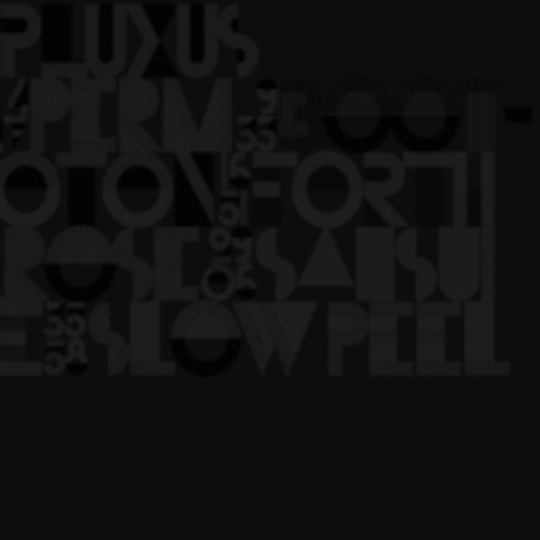 Canny Swedes Pluxus have quietly been plying their highly accomplished, woozy, electronic take on guitar based pop for over twelve years to relative indifference. However, their excellent 2006 effort Solid State’s reissue by minimal techno powerhouse Kompakt may finally start slowly pulling fingers from arseholes and getting people to start paying attention. Seriously, Solid State makes Hot Chip’s flatulently disappointing Made In The Dark sound like the Eastenders theme tune next to a lavishly crafted Popol Vuh score.

It is a relatively bold move for Kompakt to release a record that, by their standards, is created by a conventional band unit. The label is more closely associated with knob-twiddling studio dwellers and DJs who only appear bathed in booth spotlights long after most sensible people have called it a night.

That said Kompakt has constantly attempted to challenge and reinvent itself in order to remain one step left of the hordes of generic techno labels that it traditionally competes with. It is in this context of innovative experimentalism that the release of Solid State, coming as it does on the heels of equally adventurous outings last year from the Superpitcher/Michael Mayer collaboration Supermayer, in fact, makes perfect sense.

The album stumbles, trips and skips through so many sporadic sonic touchstones that at any given point you could be listen to crunchy Aphex Twin IDM, spiralling Pharaoh Overlord prog, Lindstrom’s cosmic headiness or fidgety Akufen glitches. And that's before the indolent strings straight out of Morricone’s copybook start popping up all over the place.

Opener ‘Transient’ sets an immediate tone that far from deviates from the remainder of the record, expands, fleshes out, colours in and builds upon. The track is all scratchy swathes of feedback, gentle keyboard lines, aching string breakdowns and persistent percussion layered with electronic modulation.

‘Kinoton’ allows skippy Squarepusher-style edits to play counterpoint with strings and vocals and wonderfully segues into the cold, dull thud of mid album standout ‘Forth’ whose closest cousin, if it had to have one, would lie in the glacial production of Cannibal Ox’s bleak masterpiece ‘The Cold Vein’.

The thread that binds the album, though, is the trio’s ability to never lose focus on melody, allowing a great sense of unity to the recording as a whole. Whether it be the nudging piano lines of the spaciously ambient ‘Sansui’ or the synth stabs that recur throughout the title track’s epic plod, you know that a hook is never far off to take you away to wherever it is that Pluxus fancy going.

The record’s greatest strength lies in its ability to successfully weave and craft its myriad reference points into an exciting and wholly idiosyncratic whole. Far from sounding like a chucked-together attempt at a fourth record Solid State reeks of considered craft and carefully wrought edifice. Its overall sense of creative unity is not far from the gooey, happy feeling that hearing the dying seconds of a completely listened to Autechre album evoke.

The only criticism that could be levelled is at the dull vocals, which come on like Air at worst and sub-Broadcast at best. That said, they appear infrequently, and when they do act more as another layer of sound than a central element.

With the midway point in the year rapidly approaching Solid State is threatening to capture the little place in my heart that last year belonged to another Kompakt recording, The Field’s From Here We Go Sublime. Go listen to it.

For more on Kompakt's nifty roster read our label profile here; you can download one of Pluxus' album tracks, 'Kinoton', from our drownloads section, here.