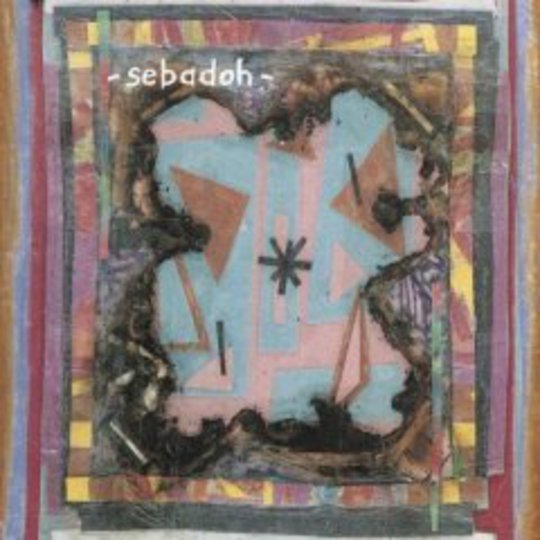 Originally released in 1994, Sebadoh's Bubble And Scrape caught the fiery experimenters in a somewhat bewildering mood. There are, broadly speaking, two colours to this record: black and red. The black stuff rarely trickles over two minutes per nugget, the red stuff is slightly longer and sweeter. If you, like many, are already familiar with the record and the band's intense democracy (and a little concerned and excited by the results that system yielded) then you'll be interested in the bonus material Domino have thrown at this timely reissue.

A lot of Bubble And Scrape is stoner's whimsy (who can forget the guitar harmonies and DIY bong references in 'Homemade'?), but behind the humour and workhouse-style manner of songwriting and production lies some of Sebadoh's purest and most humanly conceived songs. The opening one-two punch of 'Soul And Fire' and 'Two Years Two Days' are the band at their reddest, with Lou Barlow gently swooning through words far more saccharine than J Mascis would have allowed him in Dinosaur Jr. There are several corners of squall and screaming that remind us that we're dealing with the slightly deranged but ultimately, despite its dualities, Bubble And Scrape has always been one of the band's warmer records.

But what of the extras? We're treated to some off-shoots of the minor found-sound experiments in the record itself, some bizarre improvisations, some ungodly pop-thrash and no small amount of excellence. The most interesting cuts are probably those helpfully named after the individual band members, capturing embryonic force and unabashed cack-handedness in the same way Pavement embraced it five years before, but somehow… leaner. Less intent on pointing at their own fingers and going “Look! I suck at guitar!” (which in itself was no bad thing). Despite the warmth of the earlier Barlow tunes that document his smarting romances, the extras show the raucous, incisive and direct nature of Sebadoh when they fancied smacking stuff. This bolsters the opinion that Barlow, alone, was a balladeer at heart, but by no means exclusively that.

So, Sebadoh fans expecting something worthwhile to expand their genetic knowledge of Bubble And Scrape should definitely explore this, while those who think Barlow’s ballads were strongest of all should probably be a little cautious and don some ear defenders. But then again, what Sebadoh fan doesn’t appreciate the noisy stuff?