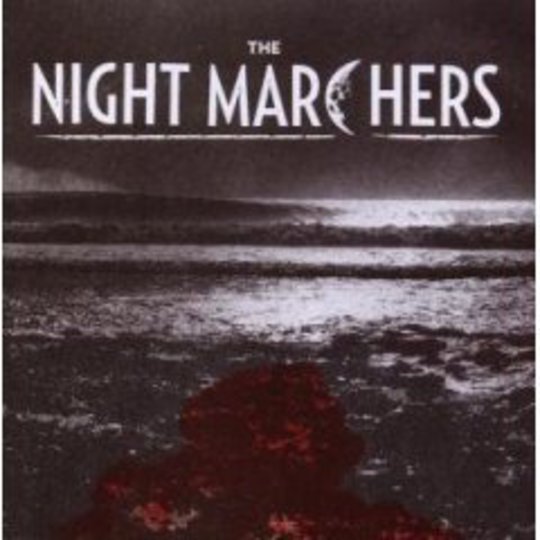 A Speedo LP by any other name is still a Speedo LP – slap any name you want across its cover, but this debut from The Night Marchers was always going to sound more like your expectations than not. The frontman in question, real name John Reis, has previously served time in Drive Like Jehu, Rocket From The Crypt, Pitchfork and Hot Snakes, all bands recognized as having a significant degree of influence on peer groups and punk-rockers present – they might not have always been unit shifters, but each made their mark. And The Night Marchers are a worthy addition to that impressive list.

Ostensibly Hot Snakes-ian of tone above any other echo of Reis’ exes, as is understandable given former Snakes players Gar Wood’s and Jason Kourkounis’ involvement in the project, See You In Magic is stripped of frills to deliver maximum thrills; it’s rock ‘n’ roll condensed into a baker’s dozen of easy-to-swallow riff workouts, each full of enough lyrical hooks from Reis to rival the memorable material of Rocket’s mainstream-flirting peak at the end of the ‘90s.

Pace is frantic from the outset, a breath only taken when the album strikes four, ‘Jump In The Fire’; before this comparative stroll we’re sped through the razor-edged ‘Closed For Inventory’, the jabbed guitar attack of ‘In Dead Sleep (I Snore ZZZZ)’ and the album’s most immediately catchy number, ‘I Wanna Deadbeat You’. Much of See You In Magic stays true to this breakneck delivery, and while some may bemoan its lack of dimensions, the band’s pre-established fanbase will lap up everything on offer. It’s rock ‘n’ roll, not the reinvention of the wheel. If you don’t like it long term, the least you can do is dance right now.

‘Whose Lady R U?’ finds the band swapping a sweaty sprint for a cocky swagger, with great backing vocals and a chugging bass that beats away at any resistance to this four-piece’s simple but engaging charms. ‘We’re Going Down’ closes proceedings with stutter-riff finesse, Speedo again recalling the golden days of RFTC with some instantly memorable lyrics – there’s no ambiguity, no mystery, just sing-along fun to be had with a song that’ll become a live favourite as the band tours more. At the time of release, they’d not even played two-dozen shows.

By not pulling any rabbits from wholly new hats The Night Marchers aren’t going to set the critical side of the appreciation coin ablaze with See You In Magic – it is a ‘safe’ record, one that plays to its makers’ long-established strengths without really stretching them – but fans of all the aforementioned predecessors are certain to find much to love across these 13 tracks. Speedo has seen it, done it, bought and worn out a dozen t-shirts; he’s more rock ‘n’ roll than an armada of The Views, or The Kooks. And on he rocks, that horizon no closer to being crossed. Long may he remain a frontman whose wares can be successfully sold on a solid and reliable previous while delivering on their own merits as a bonus.