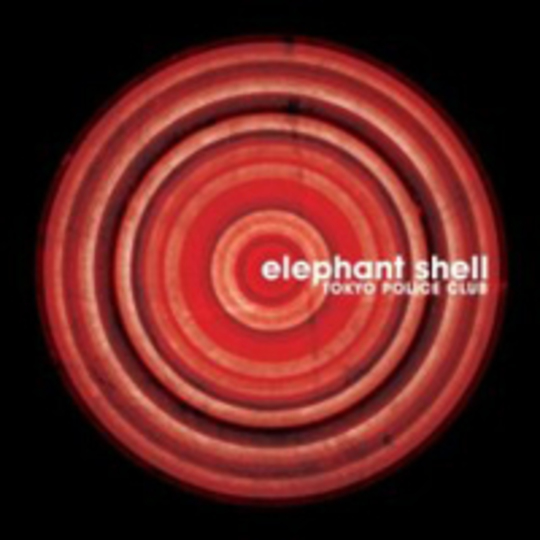 Things Tokyo Police Club have: 1) a neatness of touch when it comes to crafting sub-Bloc Party pop-punk.

Back in 2006, Tokyo Police Club – a four-piece pop-rock band from Newmarket, Ontario – stumbled across a couple of decent songs while messing around with guitars and other instruments in a basement. That basement was probably also in Newmarket, Ontario – there was nothing on A Lesson in Crime, the mini-album those two decent songs ended up on, to suggest that this was a band that put much faith in adventure. Still, ‘Cheer it On’ and ‘Nature of the Experiment_’ are fine enough. Listen to them here and here if you like. For those at work, or otherwise deprived of sound: sometimes they sound like The Strokes and The Paddingtons playing Bloc Party songs. Sometimes they look like Bloc Party trying to play songs by The Strokes and The Paddingtons. Take a couple of minutes out to consider the weight of those words.

Back? Well, there wasn’t too much else to say about A Lesson in Crime, other than that vocalist Dave Monks occasionally sounded like Yoni Wolf might if he feared what his eyes might say to his tongue, instead of following side alleys and finding two men fucking in a Berlin basketball court. New album Elephant Shell finds the ambiguity created by this choice absolutely harrowing, however, and proceeds to run back to that basement with its eyes closed, one hand over its mouth and the other clutching its Bloc Party tapes. Opening track ‘Centennial’ is essentially ‘Pioneers_’ minus the grand sentiment and panic of defeat, which is all that made Bloc Party kind of fun to fight for or laugh at in the first place.

Things Tokyo Police Club have: 2) one good line per album.

‘The Harrowing Adventures of…’

The latter from Elephant Shell. And why is it good? Because it makes no sense whatsoever. Everything on this album makes too much sense – there _are ups and downs, but they’re just so predictable. Look at Liars – they only make sense once or twice an album, but people adore them, because then the rest of the album grows up and around those poles of sense like a strange weed. You need to fumble about for a while, of course, but that’s better than coming home and finding your roast chicken dinner in the oven and your wife in the hallway with her legs open, staring at her watch. What Angus Andrew would do is put the roast chicken in the hallway with its legs open and himself in the oven. Ah, now you have a quizzical look for the Antipodean cat in the hat. Now there’s some explaining to be done. Some men are too tall for home cooking.

As it is all answers are and sweet stuff is too easy to find with Tokyo Police Club and, as such, they manage to con themselves out of having a point.

I could go on, but for brevity's sake, let's cut it here. I'm just too bored to care.