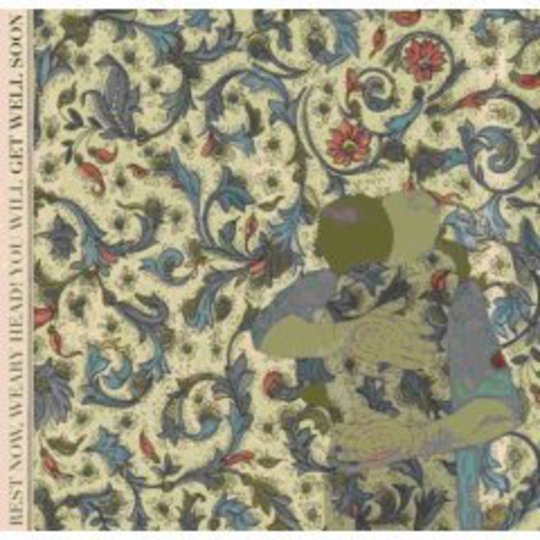 You hear that? Faint though it was, a definite popping noise. The sound of another heart breaking, ever so slightly, to the music of Get Well Soon, the on-record moniker of 26-year-old German Konstantin Gropper.

This 14-track LP is Gropper’s debut, some three years in the making; he’s released a series of EPs over the period. Clearly not one to run when he can make better progress by simply strolling, his meticulous approach to songcraft is admirable, but while many artists polish their material to a high shine and lose the essential emotional attachment between author and audience, Rest Now, Weary Head! You Will Get Well Soon! engages on both a technically proficient and wonderfully affecting level.

Early evidence: ‘Prelude’, despite not being a song proper as such, opens proceedings and heads straight for the tear ducts, the throat lumps, the finger trembles. Delicately arranged, decidedly hushed and unhurried at first, the piece erupts in a manner completely comparable to the best Arcade Fire, the more soul-swelling numbers of the Mercury Rev catalogue. And this is just an introduction, the album’s title repeated over an explosion of strings and percussion. Attentions alerted, immediately.

Parallels to be drawn come quick, and easily: Beirut is in the mix of ‘You/Aurora/You/Seaside’, instrumentally, yet Gropper’s vocals lilt like Thom Yorke’s; the gentle strum of ‘Christmas In Adventure Parks’ could be Jeffrey Lewis on a handful of downers; and ‘Witches! Witches! Rest Now In The Fire’ is the greatest Jens Lekman number Jens has never written, a waltzing wonder that combines glorious backing harmonies with Grandaddy buzzes and lyricism that’s strangely touching despite the subject matter tackled (outlined fairly obviously in the title).

Gropper is clearly enthralled by magic, by mystery; tall tales run through his confessionals, expanding on the everyday with out-there tangents guaranteed to take the listener on a flight of most fantastical fancy. Song titles may be wordy, but like Sufjan Stevens’ Illinois this doesn’t detract from their excellence; these are not weak pieces afforded a sense of things grandiose courtesy of some clever wordplay.

A cover of ‘Born Slippy Nuxx’ down-tempos the Underworld original into a beautiful new vision of a club classic; it picks up a degree of pace, but its never arms-aloft of BPM. Imagine The Notwist tackling Fatboy Slim. Weird? On the basis of this song’s success I’d love to hear such a thing. The Karl Hyde-penned offering is the sole non-original here, the remaining 13 tracks all perfectly able to stand on their own superb merits without the overall piece being most characterised by a well-selected, and executed, cover of a familiar slice of modern pop.

Gropper produces much of Rest Now, Weary Head! too, an achievement that cant go overlooked. His work at every stage of the development of this debut has been worth it; it’s a record that’ll not only serve as a solid foundation from which to build a career that should be every bit as well-revered as those of the aforementioned comparison acts, but that’ll also feature in many a critic’s end-of-year list. A quiet, confident release that won’t attract all the plaudits it deserves right now, but three further years down the line Get Well Soon should be a project winning accolades from all corners.

In short: a touching, tenderly constructed record that requires investigation at your next convenience.

Video: 'Witches! Witches! Rest Now In The Fire'
Log-in to rate this record out of 10
Share on
Love DiS? Become a Patron of the site here »

What Of Our Future