What Of Our Future 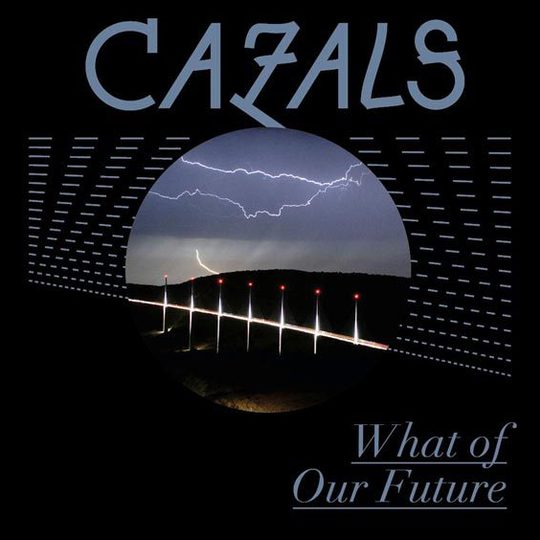 "Somebody loves me / Somebody somewhere" ('Somebody, Somewhere')

Remember Cazals? Grot 'n' rollers from a few years ago? You know the score: Doherty. The Clash. Smack. London. File next to The Paddingtons. Not any more, or at least that's what they'd like you to think.

Since being picked up by French dance imprint Kitsune (they of the often-quite-decent compilations and releases from Digitalism and autoKratz), Cazals have fought tooth and nail to reinvent themselves in time for debut album What Of Our Future. And, if bolting a few token synths and warped vocal effects onto your generic Costcutter indie is reinvention, they've done a sterling job.

In case you're wondering what those three lines are doing at the start, they're Cazals choruses alongside their respective titles. Not exactly rocket science, is it? The band themselves probably believe all of this stuff is revolutionary though. They manage themselves! They produce their own records! Aaaamazing. Presumably they didn't listen to Daft Punk when they somehow, inexplicably, supported them because the sum total of all this Doing It For Themselves is tantamount to Absolutely Fuck All in terms of progression.

Perhaps the worst, most insulting thing about What Of Our Future is its pretension to be something it just so blatantly isn't, namely an interesting, genre-bending mash-up of guitars and electronics. They could have aspired to be merely another Holloways, and that, actually, would have been better. Kids would have danced, thrown beer over each other, and gone home - maybe - to listen to all the better bands that inspired them. Good, honest fun.

In fact, whether they like it or not, they are another Holloways, just with a couple of electronic overdubs per track. The lyrics are atrocious. "The suburbs don't hold the answer." Really? No way. "I flicked a switch / And blew my fuse." Budding electrician? You've found your calling mate. "Things will never change unless you want them to." Okay, great, in that case, I want to stop listening to your record. So I will. Oh look, there's the bin. That's your future, Cazals, embrace it.