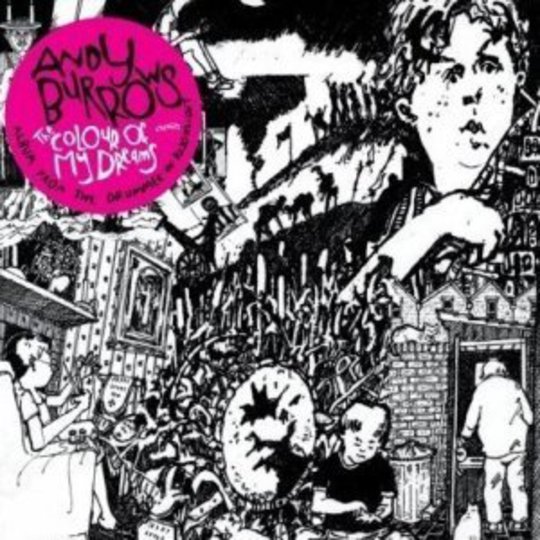 There’s very little to_ the debut solo release from Razorlight drummer Andy Burrows; it’s just his voice – tender, imperfect in an endearing fashion – and a gently strummed acoustic guitar. A few finger clicks guide ‘Boxes’ (video), the mini-album’s opener, towards its end barely a minute-thirty after it begins, the impression being that Burrows is not one for outstaying a welcome. Indeed, _The Colour Of My Dreams doesn’t even run to a quarter of an hour in length.

Which is something of a disappointment considering the appealing assortment of songs he’s collected together here, on a release aimed at raising funds and awareness for Naomi House, a children’s hospice in Hampshire (read more in our interview – Ed). Taking lyrics from poems penned by Peter Dixon, whose work often looks at the world through the eyes of a child, Burrows builds sparse arrangements that will attract comparisons to any number of solo singer-songwriters elsewhere. But despite his vocals slightly echoing a certain late Portland, Oregon icon – you can’t say they don’t, really – Burrows’ borrowing of words ensure he’s never fully committed to these tales in the vein of someone who’d seen them through from sodden beer mat to boxed and shipped CDs.

But Burrows’ slight distance from the subject matters explored – the taking away of childhood comforts, or how he’d rather have a cuddle than ketchup, chips or beans (sweet) – is forgivable of course: the man’s in his late-20s, and although Dixon is a family friend it’s unlikely Burrows has spent much of his adult life looking over the poet’s writings. The objective seems to have been to explore a side of his career as yet undeveloped, while Razorlight enjoyed some time off, and make a very worthy cause some money as a result. On this level The Colour Of My Dreams achieves all of its goals.

Will Burrows be seen as a serious solo talent as a result of this success? Unlikely, but the seeds are now spread – who knows what branches may yet sprout for this charitable musician’s career in the future?