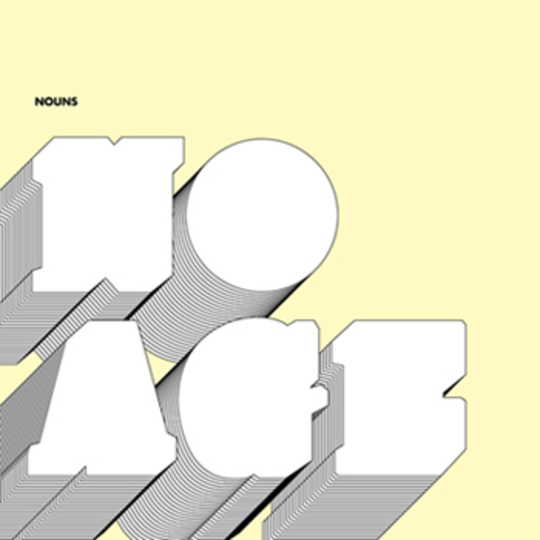 No Age are an LA duo – the magnificently christened Randy Randall, who is typically to be found wringing out overpowering wet blankets of guitar, and the equally well-monikered Dean Spunt, who’s decided that a) this din needs to be harnessed by a beat and b) it’s definitely worth trying, at least, to sing and shout through the noise that No Age make so that it doesn’t go neglected. Names taken together Randall and Spunt could be a pair of stony-faced television detectives, but instead they’ve wound up as poster boys of sorts for The Smell, an all-ages DIY venue rooted downtown that’s nurtured an unnatural amount of talent – Abe Vigoda, Mika Miko, HEALTH and Barr are all ‘Smell bands’, and the fact that all bar one are in No Age’s top MySpace friends should be enough to convince that I’m not trying to swindle you with some cruddy shot at long-distance scene-building.

If you spend much time loitering on sites such as this, or with your eyes otherwise buried in the indie-rock music press, you should be aware of all this by now. But if the message still isn’t sinking in Nouns is a record to finally ram the point home: No Age are one of the most deserving and joyful guitar bands that ever looked to steal away your hearing.

And, if this is all just reiteration so far, apologies – for the best possible introduction buy the record, now, preferably from your local independent record shop and let drunk lungs breathe in the fumes pouring off of ‘Miner’. The song is an absolute fucking rush and the best possible introduction to any record this year; tail-spinning distortion, throbbing drum, barely-there vocals swept along in the naïve thrill of what No Age do – namely grafting, for three to five minutes, in an attempt to sidle within striking distance before pulling your heart out through your ears, musically as inspired by My Bloody Valentine as by the roar of jet engines. Something this heavy was never meant to fly but it does, through sheer enthusiastic momentum, not dissimilar to MBV’s ‘Feed Me With Your Kiss’ or the way Oasis got themselves airborne on Definitely Maybe.

There are other nosedives into British rock’s shady mainstream past, particularly in intros – ‘Errand Boy’ pounds away with the pre-ordained toil of Joshua Tree-era U2 before collapsing into dim dirge and ‘Sleeper Hold’ could be a million bands if Sex Pistols had smiled once in a while. As ‘Eraser’ flutters into view it’s impossible not to hear Razorlight’s ‘Golden Touch’, too, as hard as brains may strain otherwise. But while it’s tempting to suggest No Age’s revised take on indie noise (or nu-gaze, whatever) sees them trying to forge together the dreamy, ball-tightening howl of all that’s ever really been perfect about North American rock and the parts of British rock that suggest it knows when to pull out, both those regions have moved culturally beyond such monochrome definitions onto the plateau of familiar suburbia that No Age soundtrack.

They may now have signed to the Warner-funded Sub Pop (49 per cent, for the record) but with No Age the DIY thing stretches – this is music you can see springing from the blank concrete of B&Q car parks, memories of teenagedom and smoke-stained boredom that trudged aimlessly from multi-storey to fire escape to skate park before two of the gaggle decided they’d rather spend Saturdays buried in their own noise, bashing and clattering away to gleefully tear down the fridge warehouses and replace them with, I dunno, some kind of swimming pool/zoo hybrid. The exact details aren’t as important as the sentiment – the song titles here are reflective of the desire for fresh sweat, the aforementioned ‘Miner’, ‘Errand Boy’, ‘Ripped Knees’, ‘Here Should Be My Home’.

And the rewards of all that hard work? Everything on Nouns – as its title suggests – is a thing. There’s nothing digital, virtual or imagined about the songs on this record; they are just there, in your face, bubbling through your vascular system, stuck in your throat, spewed out cathartically onto a spinning sidewalk. The sheer physicality of tracks like ‘Teen Creeps’ and ‘Sleeper Hold’ is as arresting as it is comforting; a good old-fashioned headache brought on by actual, violent noise rather than monitor eyeburn or the paranoia of tumour-causing cold-calls. One element that remains distant throughout, though, is the vocal. Buried to good effect, Spunt sounds like you’d expect a singing drummer in a two-man punk (and that’s the US version of punk as built on youth, DIY, loyalty and loud as opposed to the more artfully fickle, two-year-long fling the UK enjoyed with the word to which it’d probably be helpful at times like these to add a superfluous letter… punke? Puunk?) band to sound, i.e. mostly very busy and overworked. As a result that vocal slurs and traipses away in the background as lobes are doused; wet distortion and looped sample wheeling away to the fore.

Sometimes the whole record falls away – if you’re listening casually the second half of the album can sound weaker than everything up ‘til the riotous ‘Sleeper Hold’, as dripping drops of noise turn to tides and attention floats, but parity and awe is restored with repeated listening. Any contention with what is, at times, a complete loss of wordplay is shown up as toss when you see that a lyric sheet has been included with the wicked album art, a sweaty bone to be dug up and gnawed at through the soil and grit.

Nouns is so drenched with sound that a writer could happily paddle through it for thousands of words – the way Randall and Spunt use drone and what’s best described as punk-ambient to mean and promise more than the average garage bound-band (‘Keechie’, ‘Impossible Bouquet’, the end of ‘Teen Creeps’ and ‘Ripped Knees’) is especially remarkable – but if you’re looking for a list of quick-fire musical reference points it’s easy to turn, again, to the band’s MySpace: Squeeze, The Urinals, Husker Du. It just doesn’t feel right to sit around spouting over Nouns for too long – it’ll be sick of writers trying to powder its nose soon anyway, and besides, what it most implores is that you get up out of the chair and just do something your own. And by that it means something truly your own – no more karaoke Joy Division, lamb-haired leather or snail-trail electro, it’s like stripping pop music bare in public and handing it back its jacket. Have some balls, UK, and stop trying to stick your loins in the wagon’s exhaust pipe. And be sure to steer away from this one – already clear of the horizon, Nouns is truly psyched, soaring sound.