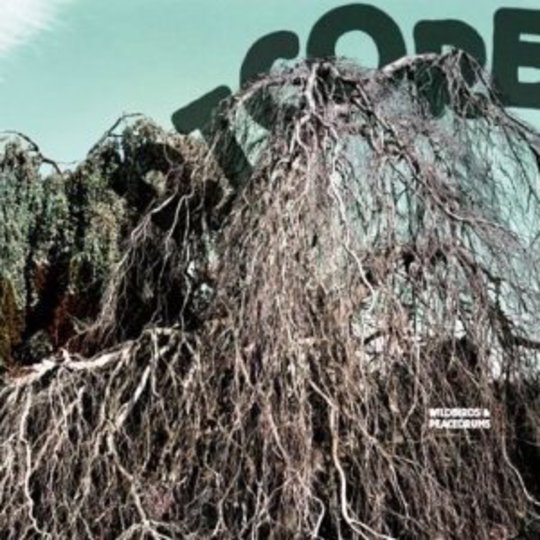 Formed four years ago at Gothenburg’s Academy of Music and Drama out of mutual dissatisfaction at the rigid teaching practices of said institution, Mariam Wallentin and Andreas Werliin were married the following summer of 2005 – shortly after they had begun performing under the moniker Wildbirds & Peacedrums. The couple have racked up an impressive catalogue of live performances in their native Sweden (also emerging one of the buzz-bands of the “Scandinavian SXSW” by:Larm), and as a result of their thrillingly uncompromising nature – where Wallentin’s expressive vocals are backed by Werliin’s drumming and scant little else, this UK release of their first album (following hand-packaged CDRs of a couple years back) is appropriately eagerly anticipated.

By virtue of their formidable prowess in the field however, the duo immediately back themselves into a corner. Theirs is a primal, intuitive sound – an outstanding live act they may be (where Wallentin captivates with her delivery) the predicament of how to translate this to tape remains. Heartcore doesn’t make for an easy first listen – dissonant clangs of sitar clashing with repeated vocals on the opening ‘Pony’ (“Don’t lose – just let loose!”) before the drums make themselves known on the forthright, propulsive ‘The Way Things Go’. Things take a turn for the eerily avant-garde on ‘Bird’, where heavy tom-tom strikes bolster an almost stream-of-consciousness, spiralling series of intonations: it’s dark, preternaturally arresting stuff.

By way of this opening salvo of tracks it certainly demands your attention. Come the fourth, however, we see an abrupt change of pace with ‘I Can’t Tell In His Eyes’ (available as a Drownload). A twinkling, serene number that finds Wallentin pondering the virtues of an implied partner (“I can’t tell… if he’s gonna cry or if he’s gonna fight”), the vocal ranges from tremulous to inordinately powerful, occasionally augmented by whispers and spectral chants. It’s far more instantly accessible than those preceding (recalling Joanna Newsom at her most tender), as is the subsequent frenzied, joyous clatter of single ‘Doubt/Hope’ – perhaps the most immediate of the duo’s more up-tempo tunes. Werliin’s drums are bolstered by handclaps and all manner of percussive aids to massive, vital effect. As the song climaxes to Wallentin’s repeated lyric “Just a little hope, maybe – everywhere”, the passionate, infectious nature of proceedings is almost exhausting.

Indeed, after repeated listens what may initially seem obtuse becomes keenly sensitive, and the ‘difficult’ nature of much of what’s offered gradually dissipates. The emphasis production-wise stays true to replicating the essential humanity of the band’s live performance – all the more encouraging in a climate where ‘demanding’ or ‘experimental’ often act as viable substitutes for ‘quality’.

The album’s high watermark arrives just after its halfway point as Werliin duets with his partner on the oppressive, sinister and quite stunning ‘The Battle In Water’. Seemingly a murder-ballad of sorts, Wallentin is as soulfully evocative as ever, alternating lines with Werliin’s nasal though oddly apt contribution. Myriad metaphorical suggestions are implied regards the strength of a turbulent ocean, in the midst of the fullest, most satisfying arrangement on the record.

After this highlights pour thick and fast, from the abrasive ‘The Ones That Should Save Me Get Me Down’ through the graceful, shuffling minimalism of ‘Nakina’. In ‘The Window’ too, Wallentin’s voice cracks and ululates with thrillingly feral velocity, the drumming potent and the lyrics a mission statement, impossible to reproduce via the medium of raw text alone:

In summary then, Heartcore is a first offering as suitably untamed as it is fervently (unexpectedly) beautiful, emotional impact resonating throughout – most tangibly in its tranquil moments, though strikingly so when it ups the volume. It’s not flawless (the ambient chime of ‘A Story From A Chair’ notably strays towards the inconsequential), though this is perhaps to be expected given the pair’s provocative, freewheeling approach. It remains as bold and imaginative a debut you’ll hear all year, from a duo whose unified talent and staggering virtuosity marks out a very bright future indeed.