I Am Kloot Play Moolah Rouge 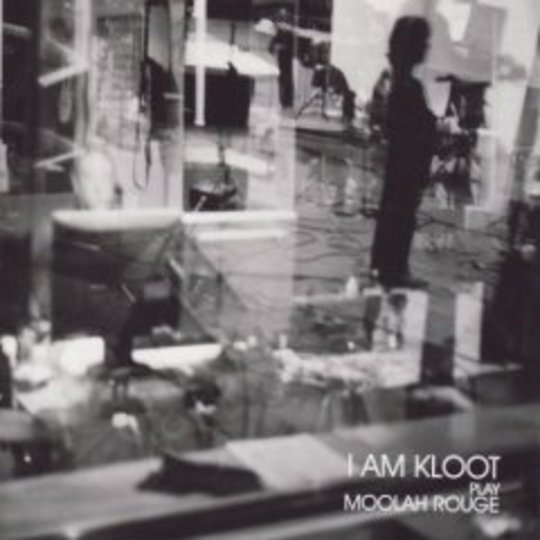 In which career never-quites I Am Kloot (apparently they've had constant label troubles, leading to this release being available at gigs since last year) assert themselves as clever and well-read pains, slightly numbing with age but not enough to make them a lost cause in any way at all. Pedestrian jangle nestles uncomfortably alongside the occasional and welcome patch of insight, resulting in an uneven mash of indie dreams woefully past and brightly present. Corners need cleaning, things need sorting out, clutter needs removing, no end of house-move/spring-clean analogies will be enough. In short, it's neither disastrous or miraculous, just slightly puzzling.

Why can a band (with such calibre as being on Guy Garvey's label alongside the criminally underrated Cranebuilders) produce songs rife with wit and beauty one second, and then pointlessly ramble like Cast the next? The gentle strums are the result of beautiful technique and John Bramwell's vocals have enough husk and nuance to float an interesting tanker. Drippy, lovely, emotive on 'Chapperoned'; moronic, boring and saggy on 'Ferris Wheels'. Maybe there's a problem with the band's ability to self-edit, maybe they're hoping to fluke a hit with one of the extremely obvious numbers… Maybe they're geniuses and I can't see it. But oh, for a hint of genius to come amidst the trudging!

For a band of their obvious lyrical and gesturing talents, it's dumbfounding that they don't play to their strengths and create something evolving, something with a spark of inspiration. Clearly it's in them somewhere to create something excellent, but too often they rest with repetition, big choruses, uninvolving musical expositions and dreariness. When this is alleviated by a very clever line or a tiny instrumental flourish that screams potential innovation it makes you mad, frustrated that things like this can't pervade the whole recording. So, if you're listening to I Am Kloot’s …Moolah Rouge, prepare to be a little maddened.

These Are Our Hands