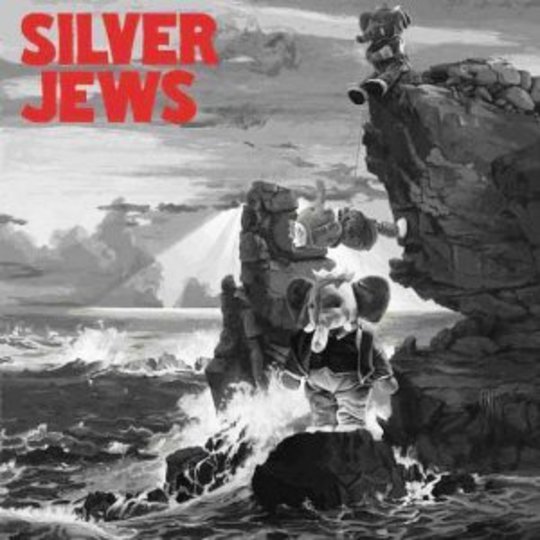 Rehab is a bitch. On the disjointed Tanglewood Numbers there’s an intimate understanding of an addict’s despair (“Let’s not kid ourselves, it gets really really bad”), an album which sags under the weight of facing a brave new world for the first time. Three years later, a presumably healthy David Berman has entered the honeymoon stage of sobriety, looks back on his drug and alcohol addiction through rose-tinted spectacles (‘Candy Jail’), and steps forward even if his legs are a bit wobbly yet.

‘Suffering Jukebox’ _acts as the most obvious metaphor for Berman’s well-documented personal tribulations. His matt-finish baritone croons, “While these seconds turn these minutes into hours of the day”, and with that comes the acceptance of a man who may not have completely put to rest the demons of his _“chemical dependencies”, but he’s getting there. He’s resigned himself to the tendencies of those who’ve given up their bad habits to innocently contemplate the world’s adulation, or foolishly anticipate society to follow their inspired lead (_“people in this town don’t want to know”). _ ‘Party Barge’ _doesn’t allow Berman to trip into this malaise without a sense of humour. Wife Cassie chimes-in for the _“Send us your coordinates / I’ll send a Saint Bernard” _punch-line, a saving grace device which has probably kept the poor man from going over the edge. Nobody mixes mockery and mayhem in quite the same way.

Silver Jews’ latest collection of songs is more fully fleshed out than at any time in D.C. Berman’s storied past. This unexpected attention for detail has its trade-offs: ‘94’s Starlite Walker _may very well have been the best jam session of half-formed ideas ever put to tape. In those days, conventional wisdom was the Joos were little more than an outlet for the Pavement boys and their agoraphobic college buddy to mess around in the basement. Today, there’s a good many people who’d reverse the emphasis. _Lookout Mountain, Lookout Sea swings the pendulum away from the Stephen Malkmus-infused indie rock of Tanglewood Numbers _back to the alt-country favoured flair of ‘98’s American Water_ and Bright Flight of three years later.

If it’s not quite right to say this is a return to form after one less-than-stellar effort, _Lookout Mountain, Lookout Sea _is a lot more fun for hearing Berman returning to his comfort zone. The pure dynamics of a countrified Silver Jews serves to put the spotlight on the lyrics, which isn’t a bad thing. His old friend, Stephen Malkmus, doesn’t appear here and if the music suffers from being sporadically uninspiring, it’s a distraction only until Berman delivers his next great line. Cassie Berman more than ably takes SM’s place for the oddball harmonies and bass guitar duties. Although she has popped up on SJ records before, the impression is Mr Berman has been grooming the missus for this moment, apparently coming to grips with her shortcomings as a musician. Frankly, I don’t know what Berman was worried about, as she always sounded pretty great to me.

The juxtaposition of malaise and jubilance which has been a hallmark of previous Silver Jews records is leavened here with wry commentary of his dysfunctional “family shadows”. If his sentiments oft precariously fall into the throwaway banalities category it’s Berman’s simple and heartfelt verse - “These doubles drive these dollars and the light of day away” - that makes all the difference.

Somewhere in the ‘90s, Berman sequestered himself in Tennessee, and his themes radiated outward from this observatory. Here, the songs are standalone vignettes which step out from the comfortable confines of Nashville and face the rigors of contemporary American life with an uncharacteristic wide-eyed enthusiasm, an underlying concept of triumph beyond tragedy across the entire album.

In much the same way the beauty of Mark Twain novels is the caustic wit which furrows beneath his Norman Rockwell stories, Berman’s scrutiny begs but doesn’t necessarily demand the listener to read between the lines. He is foremost a writer at heart, but unlike Twain the charm of his affable personality is that he really doesn’t give a shit. At its core, Silver Jews is a morality play told by a man who hasn’t been able to quite live up to common sense standards. Never mind being caught carrying “burglars’ tools”, he’s getting so close to redemption he can taste it. Lookout Mountain, Lookout Sea is the logical next chapter in this manuscript which has had many of us hooked since the opening lines.

Next week on DiS: an exclusive interview with David Berman