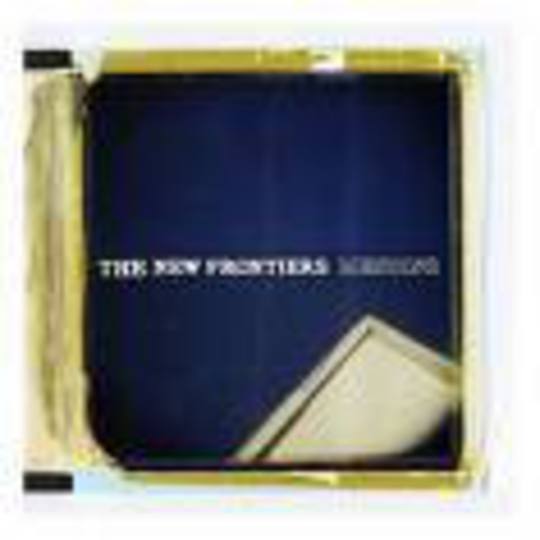 Christian rock, eh? It’s not a term you might readily associate with quality. Not one to be inherently dismissive, I confess it's not a genre (genre?) I regularly dip into, nor one that would actively encourage me to check out a new band were they labelled so. In fact, it’s more likely to have completely the opposite effect, set alarm bells ringing and result in some kind of mass-evacuation scenario whereby I back up frantically and claim ignorance. But is it really such a bad thing? Am I but an impetuous colt for suggesting so? Sufjan Stevens’ Seven Swans (review) is shining example of an album strongly informed by said religion resulting in something beautiful – neither preachy nor overtly earnest. It all depends, I suppose, on the tricky merits of how you define ‘CR’. And with that semantic minefield laid open, enough preamble and on with Mending, debut album from Dallas “indie-rockers” The New Frontiers.

First impressions courtesy of ‘Black Lungs’: brings to mind Midlake in its swooping harmonies and tendency to lean just the right side of languid; albeit of a strong polish that, were I American, wouldn’t hesitate to label ‘FM Rock’. Or something. Second track, 'The Day You Fell Apart': s'alright. Sounds nice. Lyrics a bit mawkish mind. Third, entitled ‘Man Down’: is a melodramatic lament on (I can only imagine) a failed relationship that finds singer Nathan Pettijohn a “man down”.

For much of its 48 minutes, Mending – in its reverb-heavy lead guitar and sedate pacing – plays like a well-realised if wholly unadventurous cousin of The Promise Ring immediately prior to dissolution; Death Cab For Cutie without the charm. It’s resoundingly okay, that is, not without some well-structured melodies and ideas, albeit all produced within an inch of their life. It is also, however, unavoidably marred by some frankly terrible lyrics.

See, for example, the choral refrain of faux-epic 'Mirrors', which feels tailor-made for any number of superficial, overwrought montage sequences in any number of superficial, overwrought US drama series. It intones "We will lift you up", after a series of turgid revelations whereby the spiritual elements infusing Mending become more frequent and ostensibly Christian in nature ("we are angels in disguise"). It’s inspirational, except it’s not; affecting without, you know – actually being affecting, at all. Cynical? Yeah, you got me – but you try listening to it.

Is it Christian rock? Isn’t it? It’s an issue the accompanying press release skirts around (ie: fails to mention) and one played down in previous coverage of the band. But when said religious overtones culminate in a final track featuring the following lyrics:

It’s manifestly so; questionable in its sincerity – and, believer or not, objectionable in its sermonic, wantonly universal implication. Frustratingly though, the brazen outpouring of keenly felt belief The New Frontiers divulge in ‘Who Will Give Us Love?’ does result in the most satisfying slow-build on the record, from acoustic plucked guitar through shimmering, electric climax.

For the most part though, Mending simply isn’t very good. Anodyne, bland, tedious, clichéd: any of the previous will do. Capacity _is_ there, just hopelessly buried among myriad – and in one jarringly prominent moment, misguided – shortcomings.