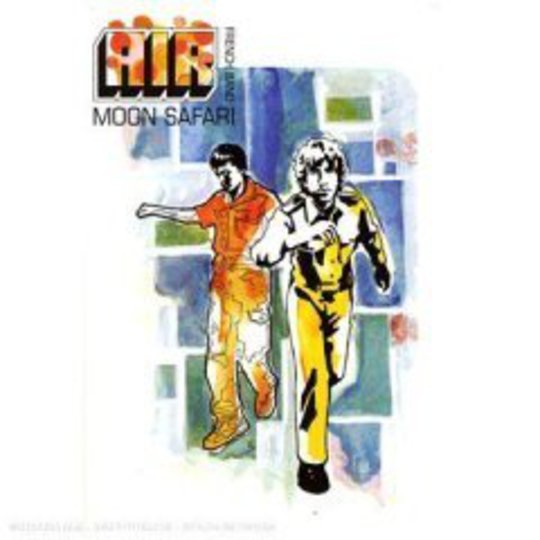 While most classic albums earn that status over time, Air’s Moon Safari seemed to be bestowed with the title immediately upon its 1998 release. The debut LP from French duo Nicolas Godin and Jean-Benoit Dunckel, its fusion of laidback jazz motifs and chilled-out ambience – synthesized strings and retro twists guaranteed to cool you down – attracted a raft of acclaim, and coffee tables the nation over buckled under the weight of expectation placed onto the shoulders of the two. Their next LP proper, 10,000 Hz Legend, wasn’t so wonderfully received – mixed reviews began a downturn in fortunes for Air, and they’ve never revisited the critical heights of ’98.

Moon Safari – unlike the recently released expanded edition of another of the ‘90s finest LPs, Beck’s Odelay (review) – feels incredibly dated when experienced in 2008, ten years after its initial release. There’s no doubting that breakthrough single ‘Sexy Boy’ sounds as sinister as it did back when, and that ‘All I Need’ holds up well as a blissful ballad, Beth Hirsch’s enveloping vocals wrapping you up and sending you back in time on a gentle wave of warm nostalgia – it’s a song hundreds of geeky indie boys fell in love with as-geeky indie girls to, and a decade on it’s still absolutely gorgeous. But ‘Remember’, ‘Talisman’, ‘Ce Matin La’: these songs, the ones nobody really remembers as they’re never played on the radio, don’t stand the test. Yes, they’re delicate, really quite pretty and absolutely saturated in memories of the late ‘90s; but anyone hearing Moon Safari for the first time must surely be puzzled by the fuss that greeted its first release.

Video: 'All I Need' (directed by Mike Mills)

‘Kelly Watch The Stars’ – the other great single from this LP – is pleasingly chunky of synth squelch, and could conceivably mix it up with Justice and their peers given a slight hi-NRG makeover. Which brings us to the second audio disc of this anniversary reissue (a third, a DVD, features the Mike Mills documentary Eating, Sleeping, Waiting and Playing), and its contribution to the score you see below. Given the very basic nature of so many of Moon Safari’s original tracks, you’d think the powers that be could have done more on a remix front for this special version, perhaps call in a few contemporary musicians to give it some 2008 relevance. However, the one remix of ‘Kelly…’ is a ‘70s funk number straight out of a dodgy cop show’s opening titles, and ‘Sexy Boy’’s reworking by Beck barely registers at all. Both are dated, products of the period within which Moon Safari first surfaced. Back then Bentley Rhythm Ace were considered an act with potential. Enough said.

Live tracks are completely skippable – have you ever seen Air in the flesh? Talk about dull – and demo versions of ‘Kelly…’ and ‘Bossa 96’ don’t add any value to this release that the DVD doesn’t already cover. If you’ve never seen Eating…, which follows the duo on tour, this is worth picking up if the price is right, and the extras might make for one-listen curios at best. But newcomers beware: sometimes it’s absolutely appropriate to not believe the hype, whatever the echoing plaudits.

Late Of The Pier, The Displacements, A Place To Bury Strangers, Collapsing Cities at Camden Barfly,