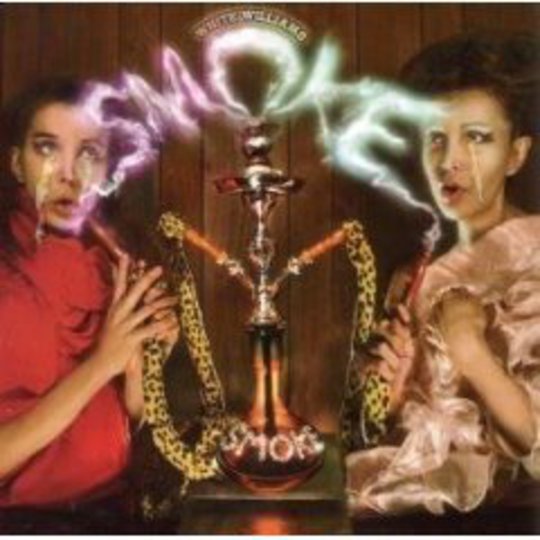 Joe Williams, the mastermind behind Cleveland’s White Williams, is a man who just might have a golden problem on his hands with blogger-favourite Smoke, his debut LP.

Released stateside last autumn to generally favourable reviews among frontline bloggers and online magazines, Smoke is only now being released in the UK via Domino with three songs – including a cover of The Strangeloves’ _‘I Want Candy’ _(no, it wasn’t written by Bow Wow Wow) – cut from the European edition.

A grab-bag of synths and beats mixed with a love of glam and new wave melodies, Smoke straddles a divide between Williams’ past playing in local noise bands and his move towards a more pop driven direction… and it’s exactly here that we find the golden problem mentioned at the start.

Having turned his attention to crafting finely tuned pop songs,_ Smoke_ suffers from the occasional hiccup as Williams’ attempts to marry his noise roots with an almost savant’s take on left-field pop. The electronic static of ‘Lice in the Rainbow’ _feels like a left over demo found lying on the floor when sandwiched between ‘Going Down’ and the white-funk brilliance of ‘Violator’_. _‘We Know the Shadows’ _is treated to a similar fate as it unravels a potentially memorable melody with a mish-mash of synths and bargain-bin bass lines.

But, and this is where the golden bit shines through, Williams also crafts moments of pop perfection with the likes of ‘New Violence’ _and album closer _‘Route to Palm’. The latter of which is a solid contender for song of the year as it mixes a motorik groove with the new wave melancholy commonly favoured by Hot Chip’s Alexis Taylor.

Smoke may not have landed on our doorsteps as a singular statement by a new crown prince of intelligent pop (though it almost does). Instead, it’s a document of one man making his first tentative steps – with all the requisite fumbles one should expect – away from the mass of sonic experimentalists and striving towards a possibly brilliant future as a top notch pop troubadour. It may not be the perfect record then, but when Williams does succeed on Smoke, he hits heights others rarely even get a glimpse of. Certainly one to watch.