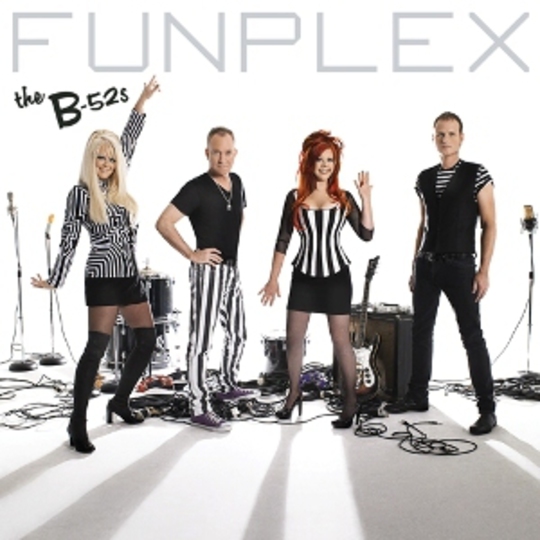 Since forming three decades ago, The B-52’s have ridden through more triumphs and tragedies than most people encounter in a lifetime. Although never quite fitting in with punk or its slightly more tuneful new wave cousin at the time, their music was always considered too edgy for the mainstream until ten years after their emergence when 'Love Shack' finally earned them the commercial recognition their never-say-die attitude vehemently aspired to.

Good on them, then, for battling against the odds for so long, and even though their credibility hurdled the shark many moons ago (1994 and a certain The Flintstones movie to be exact) it seems they will be here until it’s time to draw those pensions and claim free bus travel, or whatever the Georgia equivalent is.

Of course there are always going to be negatives where such brow-bitten spates of longevity are concerned. First of all, despite 30 years of trying, it would be difficult to find many who would argue that in all those years they've never actually bettered their debut single, 'Rock Lobster'. Secondly, there're only so many songs you can sing about parties and fun, parties and fun. Okay, so we're not asking them to suddenly take a deviation down Interpol Avenue, but a sense of perspective sometimes wouldn't go amiss. Finally, The B-52’s are pretty much responsible for The Scissor Sisters.

If that last statement makes you want to stick two fingers down your throat, don't despair too much: a new B-52’s LP may not be what the world desperately needed just now but Funplex isn't a bad record. If anything, it blows pretenders like the aforementioned Scissor Sisters out of the water simply because it doesn't try to be anything other than what it says on the tin. In fact, it seems The B-52’s wouldn't know how to make any other kind of record.

So, what you get for your money is 11 songs that sound like they were recorded at a never-ending college party where punch and pills were in unlimited supply and innuendo was the name of the game. Cindy Wilson and Kate Pierson's harmonies still sound as honey-coated as ever, sparsely punctuated by Fred Schneider's loose, spoken-worded interjections, while the songs themselves have titles such as 'Pump', 'Year 3000' and 'Keep This Party Going', which should give anyone who's heard The B-52’s before (and who hasn’t?) a more than plausible idea of what this record sounds like than any detailed track-by-track dissection.

The only downside here is that, as with any all-day or all-night session you may have embarked on or indulged in, after a while the routine becomes a bit monotonous; despite the intake of more alcohol to numb the boredom, the headache becomes more intense to the point where the only cure is to shut any lingering memories out completely.

Funplex then: a bit like that school re-union. Good for a few hours’ reminiscing every once in a while but over-familiarity will only breed contempt.