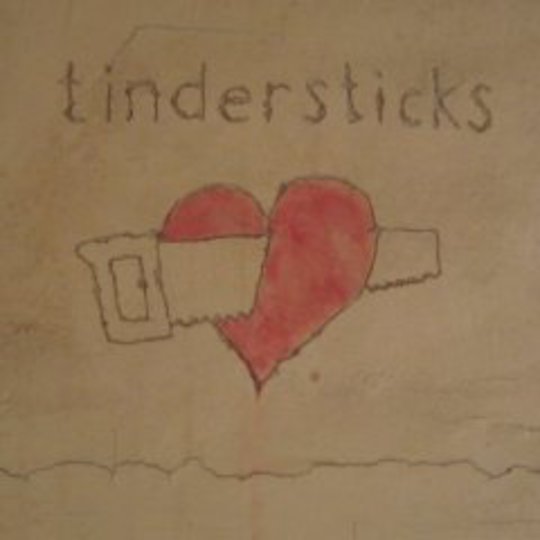 Since my first introduction to the cavernous splendour of Tindersticks - 1997's gorgeously hushed Curtains - the world has changed dramatically. Terrorism's become the athlete's foot of a globalised society, New Labour's regressed from the voice of the everyday man to a whimper which represents only the silver-spooned few, and Britney… well, let’s just say that that once-delicate seed has blossomed into a overly pollinated flower that’s slowly beginning to wilt in the Heat, or whatever shit-stirring gossip rag it is that barricades the shelves of your local newsagent.

But for all the seismic cultural shifts that have transpired over the past 11 years it's reassuring to know that two constant elements have remained intact: the Earth's still spinning on its axis despite its inhabitant's best endeavours and, the king of the sombre psalm, Stuart Staples is continuing to bellow out a stream of doom-harbouring canticles. Yet the question has to be posed: in these turbulent times of modernity, where every lovelorn troubadour gushes out matters of the heart like a wonky faucet in a rat-infested squat, is there really any place for the Nottingham-born grouch’s ensemble of tear-jerking tunesmiths?

The simple answer is yes.

Spawned in the belly of Staples’ Le Chien Chanceux studio in France, new record The Hungry Saw is an understated (what else?) return to the fore. If the hiatus since 2003’s breathtaking Waiting For The Moon - ignoring Staples’ three solo offerings, which included the trembling soul-plucking of 2006’s beautiful Leaving Song - left a black hole of sorrow lingering in your heavy heart then this, the band’s seventh long-player, will slowly reignite those empathetic fires that fizzled out after the last spellbinding notes of the album's closer, ‘Running Wild’, faded from your ear sockets.

For the freshly enticed, there really is nothing like a new Tindersticks record – of course, the irony is that there really is everything like a new Tindersticks record. Because, as long-standing devotees of the group will already know, deviations between albums are as rare as a plate of steak tartare served up in a Parisian restaurant. Sure, a greater depth of miserablism may dwell under every eagerly opened sleeve but the group’s innate aural essence always persists, i.e. lilting, nocturnal soundscapes embedded in the mire of Staples’ brooding, baritonal mumble. The Hungry Saw is no exception.

The record’s introductory offering - snappily entitled ‘Intro’ - is a crawling instrumental, deep-seated in creepy ivory keys and tepid glockenspiel bound together by bleak clouds of sadness that eventually cascade into the loungey bassline of ‘Yesterdays Tomorrows’. A guitar clanking fallow of roomy atmospherics, the track builds from Staples’ inimitable croon (bar this, obviously) into a swell of brass and flute that sets the melancholic tone for the ten introverted gems to come.

Undoubtedly a master apologist at heart, Staples is perhaps not the most willing expresser of sorrow to those he's wronged, with tracks like ‘The Other Side Of The World’ and the sumptuous ‘Mother Dear’ _spent untangling the frayed knots of irredeemable loss amidst a barren backdrop of windswept strings. But this crestfallen sense of hopelessness is what makes _The Hungry Saw such an engaging, endearing record. Every gloomy paean feels as though it’s been written for the sole purpose of your forgiveness, like a collection of melodic repentance in which Staples derives comfort from the knowledge that someone, somewhere will nuzzle him into the crux of their bosom and tell him everything is okay, that it wasn’t his fault.

Like many a Tindersticks offering there are few standouts amidst a steady tide of immaculately arranged and tenderly caressed compositions but so lug-pricking are the title track and ‘All The Love’ it’s difficult not to wallow in the shimmering resplendence of both via a few clicks of the Repeat button. The former is a sway of speckled country guitar and washboard percussion that exudes a terse lyrical reflection akin to the biblical mutterings of a The Boatman’s Call-era Cave, whilst the latter's pensive, drowning lament clings mercifully to the steadfast pillar of Staples’ baited breath vocal.

The one slight that could be pinned on the_ The Hungry Saw is that there’s very little here that couldn’t slot seamlessly into any of the group’s output over the last 16 years. But then, that’s surely not the point: this is a Tindersticks record and, much like our world orbiting the sun, it’s something that can be unequivocally relied upon to produce the goods. And thank heavens for that because _(begins lighting pipe before sitting back on well-cushioned rocking chair) in this day and age there’s not much out there you can safely put your money on.