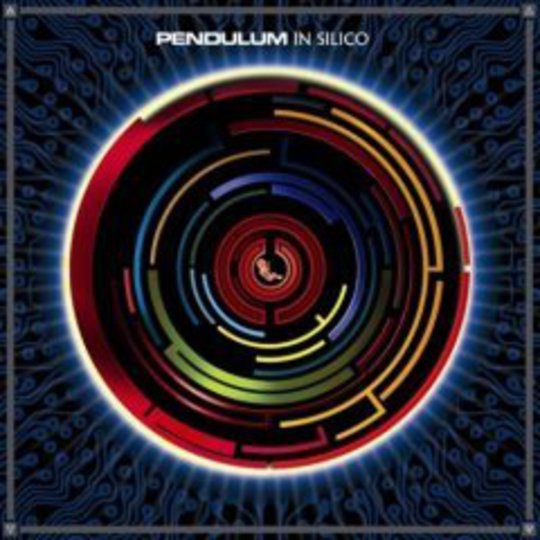 Feted though it was, 2005’s Hold Your Colour (225,000 copies sold and counting) doesn’t rate so well when compared to the progressions made in the drum and bass world since its release; it’s crisply realised, sure, but low on grime, on the grit necessary to snag demanding attentions too accustomed to high-BPM passages peppering their Xbox game menu screens. Pendulum’s debut enraptured rock kids as easily as it did weekend ravers bombing about in their modified Novas, and earned a re-release last year as anticipation grew for this, its major label follow-up. And has it matched expectations?

In the DiS office: hardly. We’ve been through In Silico more times than can surely be healthy, and still positives are hard to pluck from the melee of heavily-FX’ed vocals and tired, predictable beat arrangements. While there’s a nostalgia factor at play in the appreciation of its predecessor, ‘Tarantula’ able to muster at least one thumb up through keyhole glimpses into misty memories, this ten-tracker only numbs the senses, repetition stunning the skull into disbelief: this is an act, an album, capable of reaching number one come Sunday’s charts? It seems it could happen. Then again, Scooter last week, Pendulum this…

The lead single you’ll know about – ‘Propane Nightmares’ breached the UK top ten earlier this year, its unusual mariachi opening breaking under the weight of a million The Matrix fans freaking out when the D‘n’B wave comes rushing, a minute-six into proceedings. It’s pure cheese: the vocals filtered ‘til they resemble a Doctor Who alien with all the menace of a single episode’s appearance, the background bleeps sourced straight from a crashing Commodore 64. So naff is it, indeed, that it’s entirely beneath the level of sporty 1.3 drivers, sucking Smirnoff Ice on their nights off the designated role; even they, the Sherman hordes, have better taste than this. Someone has to be buying Kooks albums.

A brief cameo from renowned Decepticon Soundwave – what, Transformers aren’t real? – on ‘Visions’, an otherwise forgettable by-numbers water-treading of tracks created and copied ad infinitum, and we’re into ‘Midnight Runner’, one of the album’s more frantic offerings. It’s hardly an echo of Pendulum’s earliest work, which matched its rapid-fire beats with an atmospheric menace that lingered in the memory after the sweat dried, but it’s among In Silico’s best moments. That it features no vocals is in its favour: lyrically the UK-based but Australian-born outfit are lousy at best and, at worst, completely unbelievable. To return to an earlier comparison of sorts: H.P. Baxxter writes like Shakespeare by comparison.

‘9,000 Miles’ outstays its welcome despite some appealingly off-template keys a minute from its conclusion, the remainder full of automated thud-thuds geared entirely to prompt whatever-addled admirers into convulsions of ceremonious celebration – pure hands aloft stuff, albeit for those who’ve never left their hometown. Okay, once. And that was only to visit the superstores near the motorway turnoff. ‘Granite’ echoes the opening to a Simpsons Halloween special with its first few bars before the beats swarm, like locusts, destroying any trace of what might’ve been music worth recommending. ‘Different’ is anything but – oh ha ha. But seriously: this stuff grinds you down. I can only reason that most of those who bought into the band the first time around did so after a sadistic mate bludgeoned them silly with his tape-to-taped copy of the debut. That, or they’ve picked it up after the breakthrough success of Enter Shikari to see how the men translate a template laid down by the boys. Badly, it turns out.

“We are going to a different place,” state our protagonists on the last-mentioned effort, and they’re absolutely right: this is going to more than tickle the top end of the albums chart come Sunday’s countdown. But since when has commercial success existed in a peaceful parallel trajectory to critical reception? Bothered, Pendulum won’t be, and nor will we, ever again, by In Silico now these words are committed.

Or, to simplify the above into a sound bite via the words of a fellow office-based DiSser: "This is objectively awful".