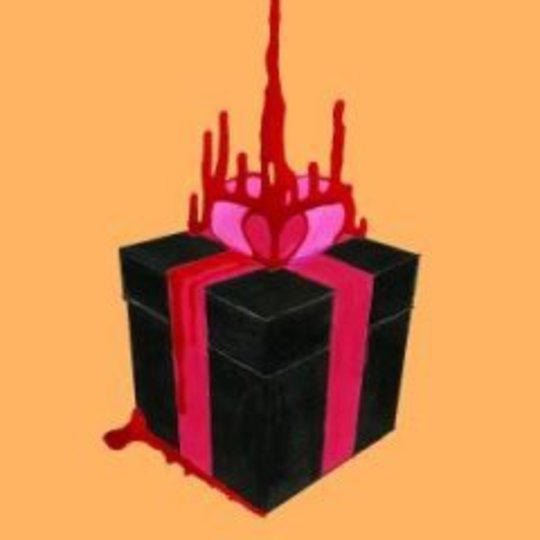 What were you doing on the 18th of July, 2005? DiS was sleeping off a particularly debilitating post-birthday hangover. Elsewhere, Hurricane Emily was wrecking havoc on the Mexican coastline and eight Serbian secret police officers were found guilty of the murder of their former President Ivan Stambolic. Blood Red Shoes, meanwhile, were releasing 'Victory For The Magpie', their first 7".

The point here is that it's taken nearly three years - and a string of singles - for Steven Ansell and Laura-Mary Carter to finally deliver their debut LP. The tracklisting for Box Of Secrets will be pretty familiar to those who've followed the fortunes of the Brighton two-piece since those early releases because they've retained - and re-recorded - much of that material.

As a result, your take on the album will largely depend on whether or not you think these new recordings improve on the originals - to these ears, they categorically do. Against the odds, perhaps, Blood Red Shoes sound like a much better band with a bit of polish here and a few handclaps there.

That's because Box Of Secrets not only refines their sound with extra studio touches (overdubs, double-tracking - both, of course, the norm) but also retains the aggression of their live shows at the same time. Those rough edges haven't been sanded down excessively; it still delivers the punk-rock kick in the face we were all hoping for.

For a so-called 'indie' band on a major label (V2/Universal), it's a refreshingly heavy record. Opener 'Doesn't Matter Much' kicks in with a hefty, grungy riff and sets out the blueprint: guitars and drums loud, vocals shouty; somewhere between a much more accessible Huggy Bear and a brattier Nirvana.

That's far from being the whole story, though, because there's a genuine pop sensibility to the harmonies and they've some massive choruses to boot. The new version of 'You Bring Me Down', for instance, and 'Take The Weight' both linger long in the memory, while 'It's Getting Boring By The Sea' remains something of an unsung indie-disco anthem.

The main problem with Box Of Secrets is that, for all its qualities, there just isn't much in the way of variety on offer. One song bleeds into the next, and it's only when keyboards make an appearance on closer 'Hope You Are Holding Up' that anything different from their tried and tested guitars / drums / girl / boy formula is thrown into the mix.

An eleven-track album shouldn't feel overly long, especially when the average song length is around the three-and-a-half minute mark. Yet this does, and as it stands Box Of Secrets is merely a good record when it could have been a great one. At their best, Blood Red Shoes are incendiary but too often here they've a tendency to slip into their comfort zone:_ "this is what we do, let's do it some more"_.

For now we'll have to be satisfied with this one, but here's hoping for a slightly more varied and ambitious second LP - preferably sometime before 2011.