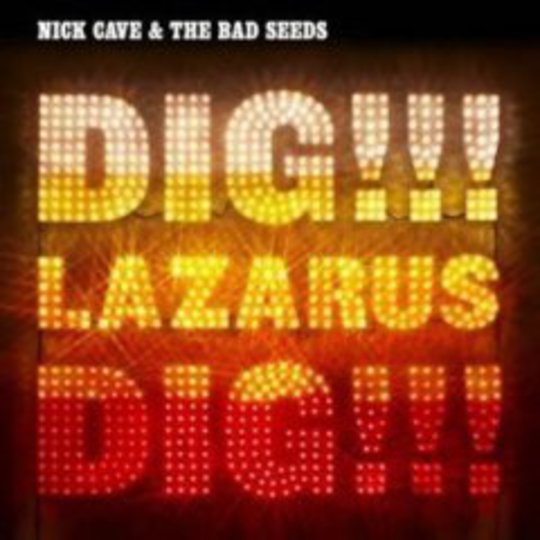 It’s a fair bet that few modern musicians could sing a nursery rhyme – something like ‘Mary Had A Little Lamb’, perhaps – and have the results analysed by admirers in ways completely disconnected to the heart of the original arrangement. So, this Mary – just what is her ‘lamb’ exactly? Its fleece, as white as snow? Drugs, yes? Et cetera. Have Nick Cave deliver a collection of such child-friendly, on paper anyway, songs, and watch the fur fly as pieces are picked over for relevance beyond the mundane matter-of-fact. Carnage.

Of course, the Australian veteran’s not going down that road any time soon, if ever; his original material, especially with The Bad Seeds, remains fascinatingly stirring, innumerable younger bucks left in the wake of albums as grandiose as the double-disc effort Abattoir Blues/The Lyre Of Orpheus (the last Bad Seeds offering) and 1997’s stellar The Boatman’s Call. These, and countless others in the band’s catalogue, qualify as genuine must-haves in today’s landscape of what is and what ain’t classic. Q could fill every one of its pages with praise for Cave and his Seeds’ releases since 1984 and still omit key records – The Good Son was no masterpiece, but ‘The Ship Song’ is worthy of a dozen articles itself.

Precedents many, then, not least last year’s brilliantly received Grinderman album, released as a self-titled with a line-up sourced straight from the Bad Seeds’ backbone – Ellis, Casey, Sclavunos and Cave. Reports suggested that Dig, Lazarus, Dig!!! would closely resemble the scrappy garage-rock of Grinderman, but while there are inevitable parallels what with one album following the last so soon, this fourteenth LP from the fluctuating-of-membership Bad Seeds is a bolder creation that its predecessor. Arrangements soar that bit higher, troughs are explored with a sweet bitterness left torn and tattered by the lustfulness that informed so much of Grinderman. Here, as the title suggests, Cave is looking well beyond himself and his various desires for inspiration, all the way back to the Bible.

Producer Nick Launay, who worked on both Abattoir/Lyre and Grinderman, doesn’t lay it on heavy – these songs, even though they’re performed by an octet, often sound rawer than you might expect. It’s in this respect that Dig most closely echoes Grinderman, yet the subtleties that reveal themselves slowly from beneath the anticipated bluster ultimately lend a fullness to proceedings that Grinderman deliberately strayed from. ‘Lie Down Here (And Be My Girl)’ is one such track – propulsive percussion and super-squealing guitars can’t hide the delicate piano at work deep in the song’s core. The song’s title-track, and lead single, is another example of how The Bad Seeds have here married distressed noise with addictive hooks and accessible musicianship – a wandering narrative’s good for many a listen, Cave’s colourful prose as good as peerless at this stage of the man’s career, but even without focused lyrical analysis the song’s a stomp-along belter, first out the album blocks to great effect.

Close cousins litter this LP, immediate reminders of the recent past, affording Dig that necessary instantaneousness. Anyone who can’t hear the similarities between ‘Today’s Lesson’ and ‘Depth Charge Ethel’ from the Grinderman LP blatantly hasn’t heard the latter, as the echo’s deafening, quite literally. Then again, nobody’s expecting about-turns from Cave and his cohorts nowadays, and haven’t since the mid-‘90s – all that’s been demanded is a continuing quality, and while Dig quite probably can’t be classified as Cave’s greatest long-player with his Bad Seeds line-up – although further listens without the need to present critique as a result will inevitably shape its precise place in the canon – it’s certainly among the best. This much is apparent from the very first listen, as songs like ‘Hold On To Yourself’ merge the eerie discordance of Cave’s soundtrack work with the tenderness perfected on The Boatman’s Call, our protagonist’s most heartbreakingly revealing release to date. Also of note in this otherworldly vein is ‘Night of the Lotus Eaters’, an offering that mixes the haunting atmospherics of the Wolf Creek OST – look up Francois Tetaz if you’re unfamiliar – with a menacing guitar howl that pierces untidily deep.

The big ballads that Cave’s made his name with are represented, too – ‘Jesus Of The Moon’ is an expression of articulated ache, as perfectly poised to tug at the heartstrings as anything else in the man’s many-chaptered songbook. Here, Ellis’ violin work comes to the fore – underused in this capacity on Grinderman, his embracing of his most-familiar instrument lifts a good number of these Dig selections above the quick-fix feel of the aforementioned LP. Where that rightly rocked and rolled with a playful vim, this album flows with an assuredness that can only come with maturity. That’s what Dig, ultimately, is: Nick Cave and the Bad Seeds’ most mature album to date, one that lifts from the recent past at times, and from further at others, but ultimately muddles its many influential factors to formulate something wonderfully new. Revelatory it’s not – but, as stated earlier, that’s not something fans were especially wanting in the first place.

If Grinderman was a necessary catharsis, then Dig is the studied companion piece that paints its stripped-back counterpart in a whole new light. Cave’s not growing old ungracefully; he’s merely channelling quite different dimensions of his character when they best suit him. As ‘More News From Nowhere’ closes this album with a gentle fade of a guitar strangled into submission, it’s never been more evident that Nick Cave’s the kind of musician so essential in the make-up of the modern market – an individual able to operate at a chameleonic level, where only he is in command of whatever strings manipulate his various nuances. ‘Mary Had A Little Lamb’ is, at its heart, a story of a quite symbiotic relationship between a girl and her unusual pet – one’s love rewarded by the return of the other’s. Relating that to this very review: just what sort of a state would rock music be in without the affecting additions to its ever-expanding repertoire from Nick Cave and the Bad Seeds?