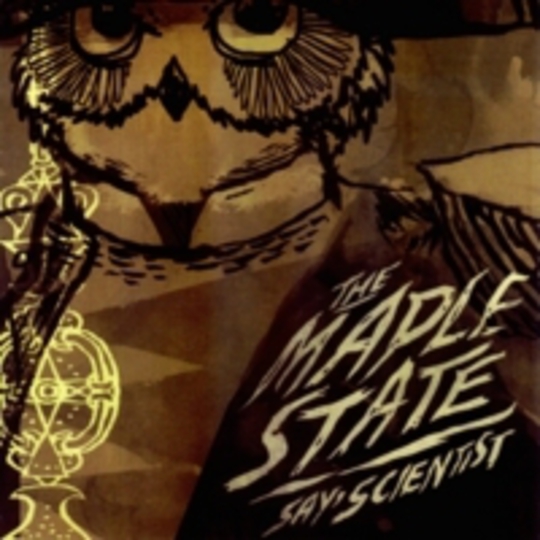 Sounding American when you’re actually from Manchester, choosing a genre that seems to polarise music fans like George Lamb’s 6Music show and recently having played support to +44, The Maple State**’s musical setup sets me up to unleash a barrage of the most spiteful music hack bile all over the emo-rockers’ debut mini-album. It should be like shooting fish in a barrel – no, scratch that, like shooting fish in a barrel where the water’s been drained and replaced with other fish.

If only it weren’t so good.

The quintet might have the gall to sport a name that suggests Canadian origins and a vocalist that hints they’ve been imported fresh from the Atlantic even though they're from Manchester way, but Say, Scientist has all the required staples of successful made-for-radio rock. From the shouted group choruses (‘Temperate Lives’) and the Foals-approved, disco dancing snare-hat-snare-hat drumbeats (the 2007 single ‘We Swear By The Light Life’), to the anthemic feel to its pop-by-numbers moments, it sets up shop at the point where the emo-rock of The Get Up Kids meets the open-hearted tone of Robert Smith, the energy of Hot Hot Heat and at other times the more subdued moments from We Are Scientists' 2005 debut album proper.

As all six tracks jostle amongst themselves for the title of most memorably infectious, the only real failing point is Say, Scientist’s frustrating inability to decide on a final identity. Whether it’s in the deviation of the production values switching from the dynamic to the DIY (the bass all but disappearing during ‘Don’t Take Holidays’), how the vocals occasionally seem to swap between Manchester and middle America or how the drum sound throughout is either from a treble-deficient drum machine or just from live drums recorded with two yoghurt pots and a piece of string, at some points it’s hard to tell what you’re actually supposed to be hearing.

No matter, because it’s ultimately not enough to spoil the enjoyment of such energetically-refreshing emo-rock without the shudder-inducing whines of the highest pitch found emanating from their contemporaries and, at just six songs long, it also gets to be tantalisingly brief.

Hear that? It's the sound of me eating my hat.

Nick Cave And The Bad Seeds