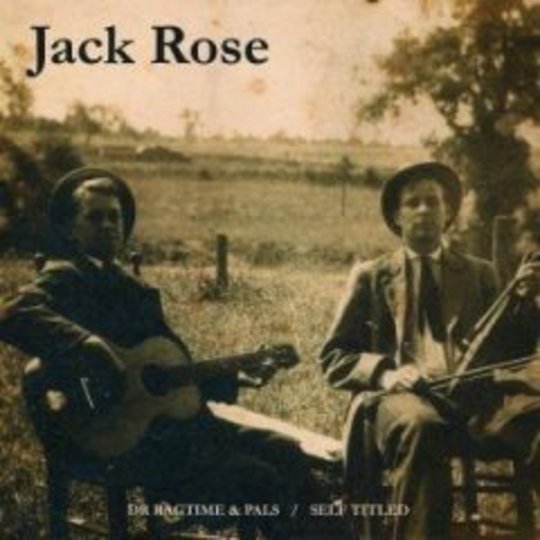 Formerly of drone-rockers Pelt, Jack Rose is kind enough to let listeners know almost exactly what they’re in for with this double-disc effort, which effectively reissues albums five and six from their vinyl pressings in what has become a yearly endeavour. From the sepia-tinged artwork through song-titles such as ‘KnoXVIlle Blues’, ‘Walkin’ Blues’, and best of all ‘Dusty Grass’, it’s clear that the shattering of musical boundaries and preconceptions isn’t Rose’s primary concern. Instead, he offers up a collection of steel guitar opuses recalling the ‘American Primitive’ work of finger-pickin’ guitar-slingers such as John Fahey and, going further back, the wrenching gospel blues of Blind Willie Johnson.

As you might expect given his prolific nature and this roots influence, Rose is a bit good at the guitar. He is in fact very good, and the lasting impression this album gives is one of a musician both comfortable with his instrument (that’d be a steel twelve-string acoustic guitar) and capable of wringing a notable soundscape out of it. Of course, technical prowess isn’t necessarily a signifier of quality, no matter how valid one’s touchstones are. And on that note, Dr Ragtime And Pals – the first disc of the two – as intuitively played and expertly rendered as it is, ultimately grates somewhat.

Sidestepping any hackneyed and misleading divergences (“2008’s finest darn-tootin’ hoe-down record!”, “One rollicking slice of Americana!”, et cetera), one area this first disc falls short is in its steadfast refusal to offer anything to the listener other than fiercely finger-picked ditties. Given, banjo and other acoustic instruments enter the frame while a discernible Eastern influence permeates the moody bottle-neck informed ‘Song For The Owl’ – which is all very well, though said elements appear innumerable times over Ragtime’s twelve tracks. These soon morph into one homogeneous whole, relatively simple ascending/descending root patterns forming the backdrop to a brash tapestry of picked notes.

Self Titled fares better in the main, purely by dint of its willingness to slow things down a little and let these compositions breathe. Thankfully easier on the ear than Ragtime, to suggest this set bleeds authenticity might be a little strong, though it packs an evocative punch very much its own. The harmonics-laden 13-minute ‘Spirits In The House’ and rough-hewn Blind Willie Johnson interpretation ‘Dark Was The Night’ conclude proceedings admirably; audible in the opening seconds of the latter is Rose sniffing – a timely reminder of this record’s presumable reliance on Rose’s innate, musical spontaneity/humanity over any digital recording gadgetry or new-fangled nonsense like that. It is simultaneously the selling point and crux of this set’s shortfalls, and however you feel about that should be ample forethought in determining whether you investigate Rose’s traditionally-minded wares or not.