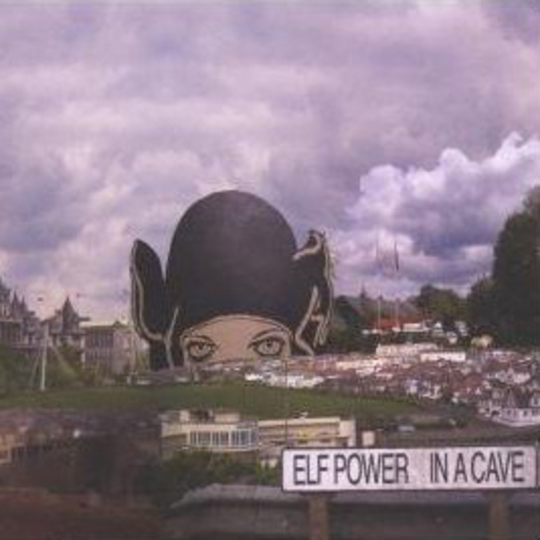 If there’s one thing I hate it has to be dull indie-pop. Well, there are more worthy targets for my hate, but for the purpose of this review, I can’t think of any genre that suffers more when mediocre carbon-copies of Belle and Sebastian or The Apples In Stereo put their recordings to disc. So when Elf Power’s eight studio album In A Cave landed on my desk, they had the mammoth task of convincing me that their record was worth its salt in amongst the quagmire of new indie-pop records released every year.

Like of Montreal without the spark, or Yo La Tengo devoid of hooks, Elf Power peddle bland pyschedelia without any thought for melody or the meaning of ‘pop’. This record suggests the seven-piece - who are one of the founding bands of the highly regarded Elephant 6 collective - should rethink their strategy and take cues from a certain Hissing Fauna….

Elf Power take from an impressive sonic palette, presumably from spending so much time in the studio playing around with effects and not concentrating on writing songs. The production is sublime, every beat and note fully realised in glorious colour. The songs, however, sound tired, and despite determined efforts to sound upbeat and jaunty, they end in a slump of indie-pop lethargy. The chord changes are all suitably placed, but there’s nothing in it that couldn’t be borrowed from The Beatles guitar songbook.

Tracks like ‘Owl Cut (White Flowers In The Sky)’ and ‘Quiver and Quake’ are nice enough, but I can’t imagine listening to them more than once with anything other than a fleeting interest. And therein lies the trouble – In A Cave delivers nothing of any substance, just 13 empty promises. Every track blends into one long hazy psychedelic pop melange, offering the same recycled ideas at each juncture. To add to the problems, Andrew Rieger – the driving force behind Elf Power – has a vocal range that seems to span about four notes. Monotonous and plain, his voice does little to improve the album’s overall listenability.

In A Cave perpetuates the kind of bland music that gives some indie-pop a bad name. If Elf Power’s commercial shelf life is running out, then the band need to change tack before the interest from their devotees starts to dwindle too - this record does very little for their cause. Although they should be proud of their heritage, being part of indie royalty in the Elephant 6 collective won’t save Elf Power this time around.