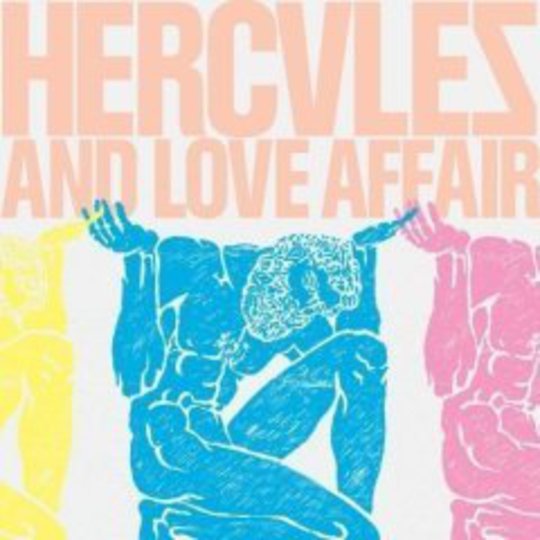 A lot of the pre-release press babble for Hercules & Love Affair's fantastic self-titled debut talks it up in a way that is distinctly odd. Actually, flat-out wrong.

There's a lot of talk about ‘experimental disco’, weird electronic sounds and whatnot that totally obscures the fact that this album is best when it plays it totally straight. Or as straight as an album in an explicitly gay musical tradition, featuring Antony (of ...and the Johnsons fame) and transsexual Nomi as vocalists can be. All pop-crit talk of how these songs sound like avant-disco pioneer Arthur Russell are playing to an (imaginary?) gallery of discophobes in the hope of getting them to actually listen to this thing. But we won't play that game here. This record is as on disco and early house's dick as much as Britpop was on The Beatles' and The Kinks'. The clue's in the title: Hercules... are classicists enraptured by the sweaty mythos of ‘70s and ‘80s club tracks.

Not that this is a bad thing, in fact the opposite - there've been a lot of records in the past few years that have revived disco signifiers and I've loved a lot of them, but they've tended to pare away the songwriting and emotional excess, focusing instead on a post-techno idea of the endless beat. 'You Belong'’s cycling bassline and imposingly carnal command “you belong to him tonight” can work a dancefloor but also bring tears during the next day’s dazed early morning commute. 'Hercules Theme' sets the daftest oompah-disco beat sliding up against greasy “yeah yeah yeah”s, the whole thing covered in the flimsiest negligee of silky strings. 'Raise Me Up' is a gorgeous swirl of echoing Afro-trumpets and dub effects with Antony keening about the life dancing right out of him.

Not that this is a perfect album, as it's heavily front-loaded - buy this on vinyl and side one will be worn out before there's a crackle on side two - and the further it gets away from jacking bits of old Inner City and Jamie Principle 12"s the worse it is. Prime offender is the whimsical mope of 'Iris' -'sensitive' sounding but emotionally uncommitted bank-advertronica that is gossamer thin compared to the whump of the best tracks here.

Oh, and I haven't even mentioned the amazing hit single (well just: number 40) 'Blind'. That's how good this album is.