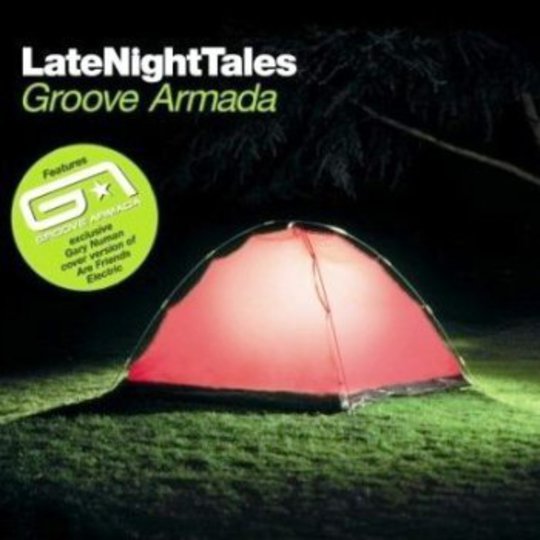 Recordable CDs killed the mixtape, then MP3s killed the recordable CD, leaving the mixtape double-dead, right? Who’s going to bother sitting by their stereo pressing ‘pause’ and ‘record’ at exactly the right times if you can just create a smart playlist by an apposite setting of boundaries, right? And if everyone’s able to create compilations almost instantly then the noble art of the mixtape is destined to go the way of Melody Maker (you never quite realise how much you’ll miss it until it’s gone), right? Well, not quite. Just as the inexorable rise of the MP3 and the supposed decline of physical music sales has in turn seen an upturn in vinyl sales, the mixtape isn’t quite dead. With this in mind, the LateNightTales crew have enlisted the services of everyone’s favourite advertising fodder Groove Armada to create something more along the lines of yer traditional mixtape rather than a chill-out mix set.

And it’s about as challenging as fighting your way through a sheet of wet crepe paper. The opening salvo of Human League, Roxy Music and Kitty Grant slip past in a swoosh of ‘80s synths and electroid beats before Depeche Mode provide the first decent tune of the collection with ‘Enjoy The Silence’. Then later there’s the incongruous sandwiching of Will Young between Chris Rea and Marvin Gaye & Tami Tyrell’s ‘You’re all I Need To Get By’: so far, so inoffensive. But even a remix of Midlake’s ‘Roscoe can’t enliven the crushingly dull middle section as it’s swallowed up by the vacuum created by the bland electronica that washes away any real atmosphere.

The point of the collection is to build a relationship between band and listener so it’s like you’re actually relaxing in their front room at 4.30am as Andy Cato and Tom Findlay excitedly pull records out and play them exclusively for your pleasure but their choices are so lifeless that the effect is stifled. The dub reading of Finley Quaye’s ‘Even After All’ that closes the album is all well and good but if they wanted something thick and languorous as a bookend then why not a real dub platter rather than a toothless retread of a dusty indie staple? The joy in mixtapes is discovering new gems nestled among the familiar favourites but that effect is negated somewhat by the startlingly unadventurous choices on offer here: Cato and Findlay must have vaults upon vaults of vinyl – why did they play so safe when they had the chance to really show off?