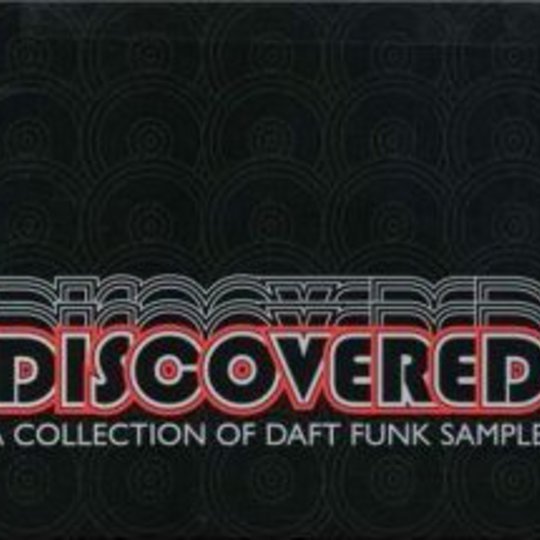 Right, let’s just get straight to the point for once. _Discovered: a Collection of Daft Funk Samples _is one of those records you’ll either be instantly drawn to or it won’t even raise an eyebrow. It’s just one of those that does what it says on the tin. Nothing more.

Still with us? Okay then, this is what you’ll want to know next. Featuring a number of the funk and disco tunes the robotic Frenchmen in Daft Punk sampled to create their more famous songs, _Discovered _could easily serve as ammunition for those still embroiled in debates about the merits of sampling (didn’t that argument pass it’s sell-by-date about two decades ago?). The music blog Palm Out Sounds favourably catalogued the existence of many of these songs over a year ago. Search for ‘Where Daft Punk Got Their Samples From’ on YouTube and you’ll find a video montage calling foul on the pairs perceived skills by comparing carefully edited excerpts of the originals with the Daft Punk versions.

Give_ Discovered even half a listen though and it’s clear that Daft Punk, like any DJs worth their salt, have a knack for crate digging and an ear for a hook. Any cries of plagiarism are sorely misplaced. Outside of the stone-cold disco brilliance of Cerrone’s ‘Supernature’ or the electro-soul of Chaka Khan’s _‘Fate’, much of what’s on offer here pails to what Daft Punk later created from these long-forgotten remnants of the original funk and disco era. The opening stomps of Edwin Birdsong’s_ ‘Cola Bottle Baby’ fare far more favourably on the Kanye favourite, _‘Harder, Better, Stronger, Faster’ than they do in their original form.

Not so much a shocking tell-all then as it is a simple bibliography of the duo’s output to date, _Discovered _is squarely aimed at the die hard fans, or at least those DJs looking to fill their box up with a few more ‘lost’ gems on their next night playing out. So again, like we said at the start, this is either one for you or you’ll barely remember its existence. Take your pick.

Horowitz, The Manhattan Love Suicides, The Pains Of Being Pure At Heart at The Rescue Rooms, Notting