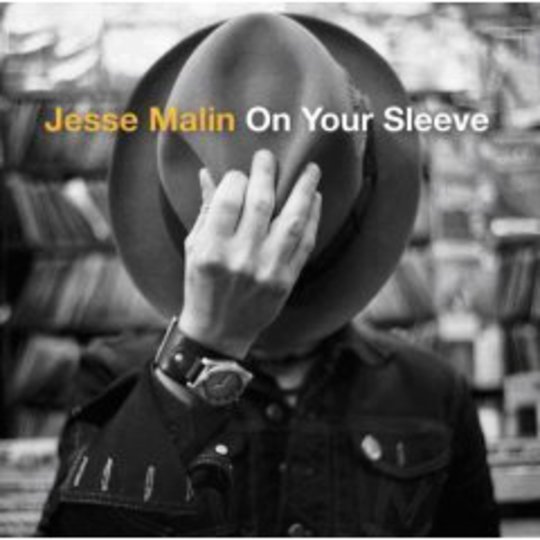 Let me say one thing at the outset: if not for the fact that my words would be disregarded as knee-jerk and intentionally reactionary, I would have no qualms giving On Your Sleeve, the latest album by Brooklyn-based 'folk-rock troubadour' type Jesse Malin, a nice round zero.

It is without question one of the most infuriatingly bland albums released this year; a covers album reworking songs from such luminaries as The Rolling Stones, The Kills and Harry Nilsson ('Everybody's Talking', click for the original) into identikit pieces even more soulless and middle-of-the-road than the originals.

But the main problem isn't necessarily just Jesse's tendency to make every song sound near enough exactly like the ones preceding and following it, but the incessantly grating nature of his voice, which goes between Jon Bon Jovi tribute posturing on 'Russian Roulette' and overstated mouth full of oranges crooning on Lou Reed's 'Walk On The Wild Side'.

And although this album contains none of his own material it holds up the perfect expositional spotlight to Jesse Malin's horrifically generic one-dimensional songwriting structure, and even hardcore fans of the Springsteen wannabe will be struggling to find anything to enjoy in the 14 tracks that span the length of On Your Sleeve, an album as close to a dictionary-standard definition of the word mediocre as there is likely to be in the whole of 2008.

Dance To The Radio And Friends Alldayer at Cockpit, Leeds, Fri 21 Mar