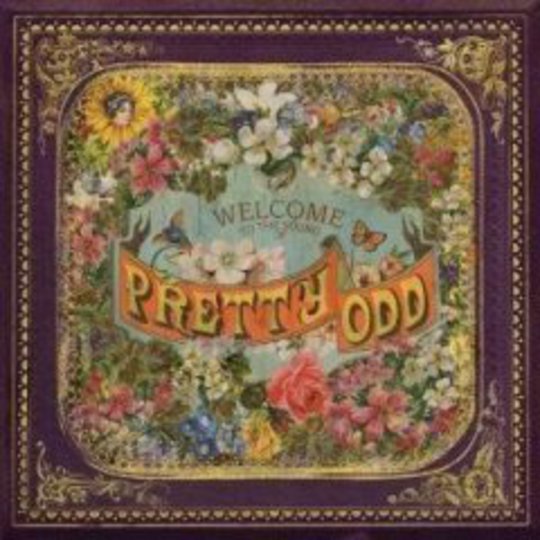 Whilst gazing at a news story about "a man who died whilst drinking a Starbucks", my ears are bleeding so much the bass has become muffled. It must be sad when all anyone can say about your life is a little remark about what you were drinking when you died. That all your existence amounted to was on level par with some name-brand stimulant that you had in your hand. He probably lived an ego-less life, with no desire to create and was quite happy that he left a mark on the page of this newspaper, which will be old news before his body has begun to turn to sediment. Dunno about you but I couldn't live like that, thinking my every breath, every utterance was as impotent as the chorus I can barely hear battling with this rattling tube.

Like all great mass deceivers and conjurers, Bowie had it right - be enthralling, by keeping ‘em guessing and to keep things interesting for yourself so that life and history making doesn’t become too much like hard work. Who’d wanna be The Rolling Stones, trapped in their wrinkly rock cell, where playing that riff again has become not unlike feigning a bowel movement? Who'd want to live a life, going through the motions like Johnny Borrell at a Television tribute night. Which brings us awkwardly to Panic at the Disco, one of the biggest and most important bands in the world right now, who last time around had magpied, strike-through'd and ctrl-C'd everything about the MySpace age, chopped it all up, sprinkled in a car-crashload of Fight Club references and threw on top a healthy dose of burlesque glamour.

But the past is the past: now they’re back, somewhat braver, smarter, older, as retro-futurist as any of your Duffy/Winehouse fare, stylistically pinching their dad’s roadtrip glove box, giving the world a modern take on The Band as much as The Beatles - or rather Weezer, Saves The Day and The Shins but then they dug deeper and p2p’d their influences mentioned on Wiki’.

The result is a peculiar cocktail of refined cartoon rock that’s more anime than The Beano, muddled with the fizz of the ‘60s, the knowing grace of Queen and Muse and despite the singles being liberally doused with a saccharine shine there are times where they let the production hang loose and dusty (‘I Have Friends in Holy Places’, for example) but just like its predecessor Pretty. Odd. never sounds anything but a highly refined modern beast.

‘That Green Gentleman (Things Have Changed)’ is one of the most incongruous moments of the record with a chorus destined to be booming from radio’s and tish-tishing from bloodied earphones long into the next decade, yet it’s a song that sounds like some jittering camp ‘70s rock track that you’d find The Darkness playing on the roof of the White House in the closing scenes of the Jack Black biopic. It’s the standout track on first few listens and is just plain weird. Yet what's weirder is how the mob chants which end of ‘Northern Downpour’ recall closing moments on Pennywise albums and then the next track sounds like those glossy moments when Broken Social Scene could be U2.

Although this is a record more likely to be caught knocking over a beaker of Ribena than snapped having ye olde in-out with an eager queue of super models; the nice, slightly safe, result seems to have confused the behelzebubs out of chrome domes ready to get their mitts into another lump of mascara’d emo cum college-rock toss fer the kidz. It’s not that, well, odd, it’s just that handclaps, horns and trumpets ain’t what people were expecting. Whilst in places Pretty. Odd. is more trying than triumphant (the cringey intro ‘We’re So Starving’) the end result is something hyper enough to keep the kids excited, challenging enough to keep the band and media interested but riddled with so many hooks that bigger things still beckon these brave boys. It may not be an album to die for, but it is a rare album of note, as much for its context as its content. But then stranger legacies have grown from pithier places. Bring on their rave revival album in 2022.