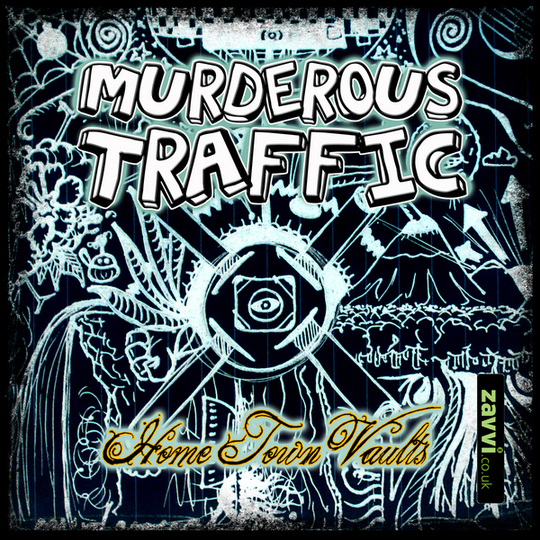 Another day, another newly constructed independent record label appearing on the block. Based in Castleford, lying in the moors between the M1 and M62, Murderous Traffic couldn't be further from the Big Smoke's industry hype machine if it tried, lending this compilation a real feeling of the true spirit of independence, rather than it merely being an A&R man's wishlist.

Murderous Traffic, the label, has grown from the local club night of the same name, and with one well-received seven-inch already to their name (The New Delamores' 'Amanda'), this compilation collects together 16 (as yet) unsigned and relatively unknown artists whose only common ground appears to be that they originate from the north of England, or beyond.

As with any compilation that showcases new artists, not everything on ...Zavvi Hometown Vaults Mk. II is going to make you rush to check out the West Yorkshire music scene, but as with anything of this kind part of the excitement comes from being able to compare and contrast rather than just sift through the record like the self-appointed critics we'd all like to think of ourselves as.

Nevertheless, there is more good than bad on this album. Zapped By A Million Volts and Above Them are two acts regular readers of DiS may already be aware of. The former's cheeky-chappy jaunts through North-East culture recall early memories of both Kubichek! and The Futureheads, while the latter's 'Raise The Game' is as good a slice of emotional pop/rock as you'll hear this side of Saves The Day's Stay What You Are. Meanwhile, The New Delamores, mentioned earlier, contribute the introspective 'Poison Arthur' which wouldn't sound out of place amongst Creation Records’ earliest releases.

Elsewhere, IMP's splatterpunk is like a more fine-tuned Mclusky, The High (not to be confused with the Manchester-based baggy also-rans from two decades ago) do power pop with added sheen and gusto, while Spacebars.Broken's 'Hairdryer' is both preposterous and charming in equal measures; think Hot Chip duetting with Ivor Cutler and you're on the right track.

All in all, this is an interesting collection of up-and-coming artists from a part of the world many Londoners probably weren't aware existed. And even though not everyone here will make it beyond Woodall Services, this is as fine a legacy as anyone could wish for.

For more information on Murderous Traffic Records visit their MySpace.