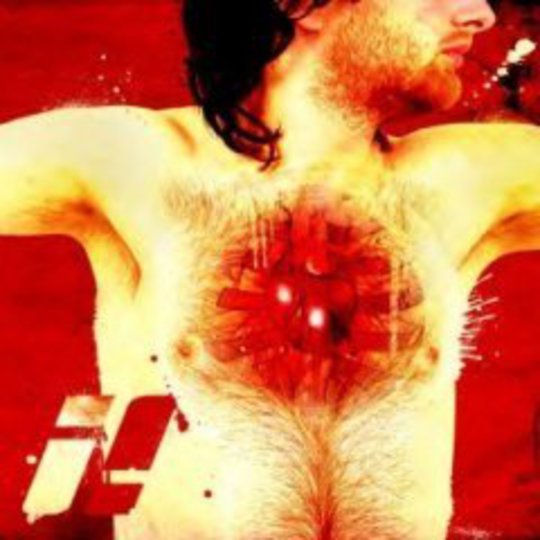 Despite being a cliché of the laziest type, the idea of the ‘difficult’ second album is one that has endured simply because so many bands seem to be unable to avoid falling into its trap. Leeds’ ¡Forward Russia! launched themselves into so many people’s hearts two years ago with Give Me A Wall, an album so tightly coiled that every one of its enigmatic songs seemed to be bursting under the force of its own tension. It was a collection of songs defined by the whip-crack of drummer Katie’s snare and hi-hat, which meant that while it was instantly recognisable as part of the post-DFA dance/punk buzz it stood out enough for it to be a still-stunning work that can justifiably be called of the best debuts of the century so far.

And Life Processes is by no means a sequel; it feels more like the work of an entirely different band. Where …Wall was concise and focussed this sprawls and swirls, with a new label (Cooking Vinyl) signifying their break with the past in the form of no longer working as closely with Dance To The Radio. Sod Joe’s Well, this is a record pitched at Brixton Academy: every note drips with a laudable ambition and vision that is lacking in so many bands around nowadays who simply want to retread some half-arsed scene or exist in a lineage that immediately bestows upon them some kind of credibility. And while ¡FR! aren’t wholly successful – Life Processes is flawed, but agreeably so – at least they’re trying ridiculously hard.

First, the bad news. ‘We Are Grey Matter’ is symptomatic of the album as a whole, anchored as it is by a horribly tacky synth line and a mawkish “Call… response!” lyric that is so poorly executed it’s impossible not to question what they were thinking. Despite the song soon progressing beyond the aberrant opening into something recognisably ¡FR! (riffs that slice over one another in rigid straight lines, Tom’s histrionic, earnest vocals, a real punchy energy), it’s not until ‘A Prospector Can Dream’ that the album starts to fall into place. But even this is handicapped by the lyric “Did you ever study the Israelites? / They made a new life for themselves with such a peculiar change” – is anyone really going to be able to reply in the affirmative? Again, it’s hugely impressive that they’re trying to hard to gain such an epic scope in their music when, arguably, no one would have expected them to move in such a direction, but they fall short of unequivocal success. And ‘Fosbury In Discontent’ is a fine attempt at real emotional nakedness, populated by just Tom and an airy piano that does battle with the singer for domination of the upper register, but has none of the raw power or rawness you’d expect from such a stripped-back song.

But while it undeniably takes a few listens before everything clicks into place (first-time ¡FR! listeners will be able to approach the album quicker – fewer expectations, y’see), it’s the most outwardly inaccessible song that proves the real gem of the album. ‘Spanish Triangles’ has already been unveiled – all nine minutes of it – but it demonstrates a stunning calmness and fluidity. It builds slowly, powerfully but effortlessly, growing organically into itself. It’s worth noting that ‘Gravity & Heat’, for example, is almost three minutes shorter but feels much longer – ‘Spanish Triangles’ is the real culmination of their work post-…Wall and stands as the impressive, brilliant centrepiece. And ‘Don’t Reinvent What You Don’t Understand’, one of the shortest songs on the album, managed to move from one-two dance-punk to something undeniably epic, helped no end by Whiskas’ chiming guitars that seem air-lifted in direct from Explosions In The Sky’s Those Who Tell The Truth… era. And ‘Some Buildings’ is a three-minute lament stretched gloriously out for almost seven minutes, again given the chance to breath and mutate on its own. It doesn’t cut right to the feet like their earlier material but instead takes up residence in the gut, and by the third time you hear it all doubts will be blown away.

So it’s a second album, and it’s certainly difficult. But it’s also an album peppered by moments of brilliance and not held back by its few brave failures and one that no one can have reasonably expected the talented quartet to have come up with. It’s not the instant adrenal injection some were hoping for, but it is certainly more than worth your time.