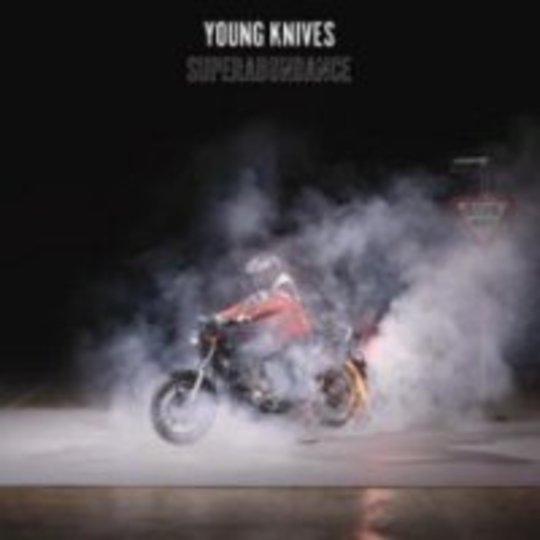 There are few pleasures so fine in this world as handing out slap-downs to the mediocre. Whether they’re assuming fraudulent postures of greatness or simply clogging up the streets with their asinine blather, their presence is difficult to condone. Despite intimations to the contrary, The Young Knives aren’t the humdrum bunch some people have them pegged as.

For all their dummy-spitting bile on sundry topics from Franz Ferdinand to Phil Collins, it’s difficult to escape the feeling that Ashby-de-la-Zouch trio’s principal crime is being in an above-average indie band at a time when such a concept seems more redundant than ever.

But meet them on their own terms and the trio are an amiable prospect, and Superabundance does a creditable job of staving off the second-album malaise that stalks bands of their ilk like paps 'round Wino's gaff after a domestic. The lines between good and evil when it comes to commercially-viable, homegrown indie are getting thinner by the day; frequently it’s only a question of emphasis that distinguishes one from the other. So while ‘Fit 4 U’’s dubby hooks could be Hard-Fi raised on Kafka novels if you squint your ears a bit, the scenester-baiting ‘Up All Night’ sounds a little like sour grapes ‘til you realise The Cribs have been getting away with this shit for ages.

If that line sounds faintly patronising, there are a couple of moments on Superabundance deserving of our unqualified praise: ‘Counters’ blazes out of the traps with a pulse-jacking riff and a surprisingly ribald bass line, yelped vocals giving the proceedings a fraught air as opposed to the knitted-brow obstinacy displayed elsewhere. And tellingly at eight songs into the record, the band sees fit to drop one of the best songs of the set in ‘Dyed In The Wool’, where most would flounder self-importantly in the shallows of their own complacency.

If there’s a quibble to be had with this otherwise commendably solid platter, it’s that there’s a lop-sided feel due to a second half which makes serious inroads into virgin psychedelic territory but feels secreted away somewhat, as if the band couldn’t quite bring themselves to make a clean break from the angular hi-jinks that made them their name. That’s not exclusively a bad thing, mind; 'I Can Hardly See Them' is an unexpectedly bruising foray into the realms of trippydom, but the similarly spacey ‘Rue The Days’ suffers badly from the kind of indie bloat the band have skilfully managed to avoid elsewhere.

Their flaws we all know about and they continue to run up against them here – not weird or intricate enough for the sophisticates, not savvy enough tune-wise to bother the top ten any time in the near future, Superabundance nonetheless forges a quiet victory to remind us why there’ll always be a space on the proverbial pencil case to scribble bands like The Young Knives’ good name.