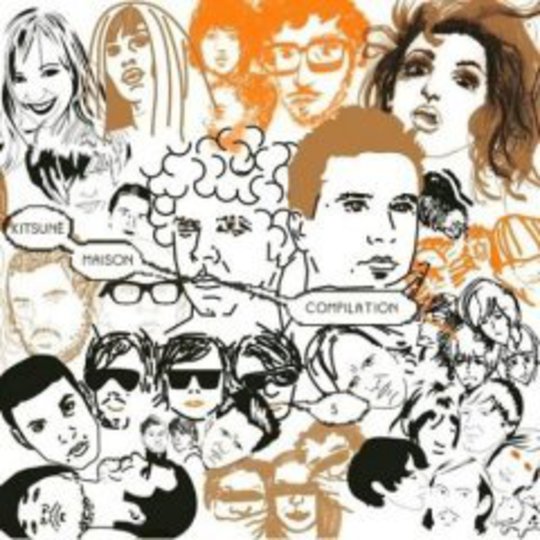 Listen to any of* Kitsuné*’s Maison compilations and it’s hardly surprising to learn that the French record label also operates a clothing brand whose wares are hocked in ‘edgy’ fashion outlets like London’s Dover Street Market or Parisian style temple Colette. Much of the music featured on past_ Maison_ comps has served, for better or for worse, as a who’s who of up and coming fashion flavours of the month in the indie, electro and dance spectrum.

Fashion is a fickle beast though. One day you’re in, the next you’re out. It’s all part of the feeding frenzy that fuels the consumer craze and allows fatcats, like Topshop’s Phillip Green, to sit on incredibly large piles of fairly undeserved money. If you’re going to play the fashion game, then what’s on offer has to change at a hyper fast rate or the style junkies start looking elsewhere for their fix.

Having made a name for themselves in the past few years by repeatedly crossing the crumbling indie/dance divide, it looks like the paint is starting to peel off the once gleaming walls of Kitsuné’s electro-house-rock showroom with_ Maison Compilation 5_. The problem is, having once aligned themselves with scene leaders like Klaxons or Simian Mobile Disco, this latest collection continues to mine the exact same, now exhausted vein. So instead of listening to the forerunners, we’re subjected to a wave of less ambitious second-comers and aging could-have-beens with the presence of one-time electro-clash figureheads Fischerspooner or those terminally on the cusp East London scenesters The Cazals.

Still, it’s not all come to a crashing halt. Alan Braxe serves up a filthy slice of post-disco scuzz on_ ‘Addicted’. The Silverlink vs. Kicks Like A Mule Remix of M.I.A.’s _‘XR2’ takes the ‘new’ out of the equation and transforms the tune into a straight-up old-school rave banger. Friendly Fires even step away from the pop and fully embrace the funk for once with their Jaime Principle/Frankie Knuckles sampling ‘On Board’.

Half good, half bad and almost entirely disposable, Kitsuné’s_ Maison Compilation 5 _has only one certainty going for it: you will hear this pumping through the speakers at your local skinny jeans outlet in the very near future. Happy shopping.