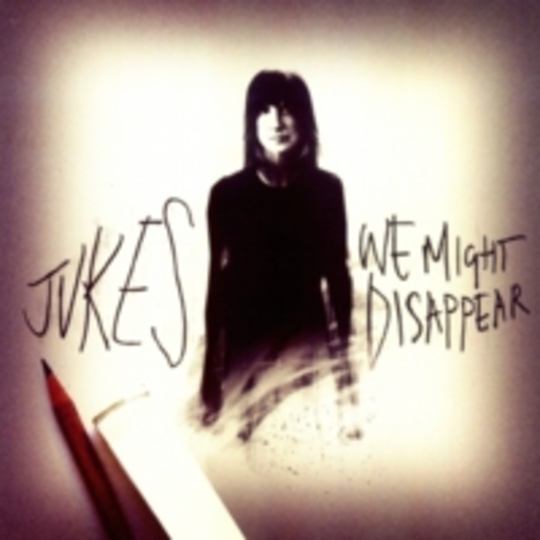 Well-travelled both geographically and musically, Tammy Payne’s Jukes project looked to have dropped straight off the map after its 2004 debut for Twisted Nerve, A Thousand Dreamers, led to a few years of relative silence.

Now with a new label but still with the same cutely-inflected, silky voice, if the observational nature of We Might Disappear is anything to go by Payne should have spent these past few years passing her time in coffee shops, people-watching and narrating their storied lives in her head. It's an album which mirrors the first-person recollections of Suzanne Vega, from the girl who’ll only sit eating pears and milk in the surprisingly-entitled ‘Pears and Milk’ to the conversation which triggers a life-questioning mental ramble in single ‘Something Important’, driven throughout by folk and country influences and then backed up with the merest suggestions of jazz and the faintest of psychedelic touches laying somewhere under its easy-listening, lounging skin.

And lounge is the operative word - with help from the nine-strong group of musicians that join her under the Jukes moniker this time around, Payne is almost permanently relaxed. Nothing about We Might Disappear is rushed, with nearly all of its offerings being executed at a reduced pace, but instead of it being the recipe for prolonged boredom it actually suits her well - even at the high points where she finds her ideal note and hits the volume button, Payne's vocals still sound little other than soft - and when the tempo is briefly upped for ‘The Stupidest Things’, it doesn’t seem to work quite so well anyway.

In contrast, the highlight of the album is probably its slowest point, the period during which it coasts from walking pace down to little more than a crawl for ‘From Over There’, a lazy wander made all the better by multiple vocal parts delivering the same lines in slightly different timings to the main one, weaving in and out of time with each other with various complementing melodies for a serene sinking sensation found nowhere else on this album. But as well as being the highlight track, ‘From Over There’ also marks the point after which the album begins slipping away into a real slumber, as past this glimpse of greatness opens a yawning chasm to claim Jukes for its own, away from Tom’s Diner and into an average place at an average time, with songs that shuffle superficially and lyrics that wash over the listener and continue on their way instead of encouraging them to follow to the bitter end.

But the underwhelming conclusion isn’t completely astonishing – from the start, We Might Disappear doesn’t put on airs, not making a break for anything particularly original and instead content to settle for comfortable familiarity. In the end it keeps its head above water, the first clutch of songs coming to the rescue, well-rendered and personable, even if it does fade away post highlight track.