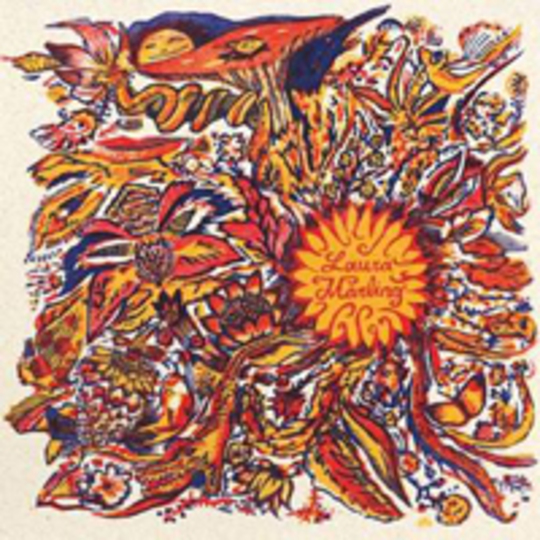 “On a mission to bring the music industry back down to earth. Young singer song writter desporate to leave school and move to london. Looking for people to let me support them. Well in to indi music thogh not impressed by this new indi scene of constant rolling out of new bands and the whole scencster image tho i am one of them but at least i know it....where did the indi in individual go ay. I love playing and listening to new people who send a shiver down my spine.”

Written-up, I guess, some time before **Laura Marling had met anyone to spin her myth in press releases, this early ‘About Me’ is still useful for something scribbled down like an afterthought, the blots of music scenes miss-spelt in a young singer’s rush to find a mic stand and a dark room in her closest capital city. Or some such shit. Myth spun, then, in the cosily tossed-off style of Hype! Today!, but while that sentimental picture of a London-bound troubadour continues to grow around Marling with the release of her debut album, you’d imagine the girl to find all the exclamation rather embarrassing. The leaner, earlier version of events is a much better fit for the awkward teenager clinging to the walls of Alas, I Cannot Swim.

Alas, poured thick around that record is a context, and while submitting to the dumb, hall-of-mirrors verbiage makes me feel as crude as pointing out Adele as the elephant in the room, Laura Marling’s debut means so much more when it’s taken with 19_ and Duffy’s forthcoming _Rockferry. While the latter’s yet to arrive, all the evidence has it marked out as middle-aged radio stationary – glitzier than Adele’s darts WAG dribbling, but essentially standards sung in the classical style, (i.e. showy vocal exercises that turn into panicked wailing when the lyrics run out). Marling’s cut is leaner, bridled either by design, tender years or her own awkwardness – obvious when you compare respective appearances for Jools Holland and Jonathon Ross (Marling, Adele, Duffy), and note the fact that no-one's trying to sell Marling's debut record with a picture of her face (Marling, Adele, Duffy). Obviously Alas... isn’t 40 minutes or so of arcane noisenik freak-out, but it _is_ a different record.

How so? I’d say more in execution than in sentiment, but then I guess if you had really been fucked over in life you wouldn't have the energy to scream over awful Tampax-jazz backing tracks, or at least you'd have dwelt on the broken heart aching in your chest for long enough to have something interesting to say about the sorry organ. Where Adele sounds like a method actor, Marling weaves secretive threads of thought that suggest she’s agonised over things long enough for them to come together with a thud in plain-spoken full stops.

“Lover, please do not / fall to your knees / it’s not like I believe in / everlasting love” is the weary claim made by the chorus of ‘Ghosts’, the album’s first and best track. If that cynicism comes over rare for a 18 year old girl, it’s delivered in a way to make it the most believable thing you’ve ever heard, music as spare as pointless sentiment, vocal wavering only slightly from deadpan. Restraint, again, is key: “Stood at the table where she sat / and removed his hat / in respect of her presence” Marling continues, with the instant ability to make us believe that a world in which a man removes his hat at the presence of a lady still exists somewhere. It's all down to the measure of bare bones production - just vocals and guitar before modest strings, brushed drums or xylophone are added only where necessary - and Marling's skill at making one word bleed with more meaning than half a dozen or so vainglorious chorus lines.

Other highlights come in the doomed drums and frail bravery of ‘Night Terror’, ‘Shine’’s reluctant pleading for the return of something lost and the barely audible buzz and whir of ‘Captain and the Hour Glass’. All tracks that, like their parent album, satisfy more for what they don’t say than what they do. Which is quite a spoilsport for any hopes of a runaway word count, but still, who needs the babbled chatter when you’ve had it from the fawn’s mouth. Laura Marling is a new person who will occasionally “send a shiver down your spine”, those shudders sure to come more frequent with the steady passing of time.