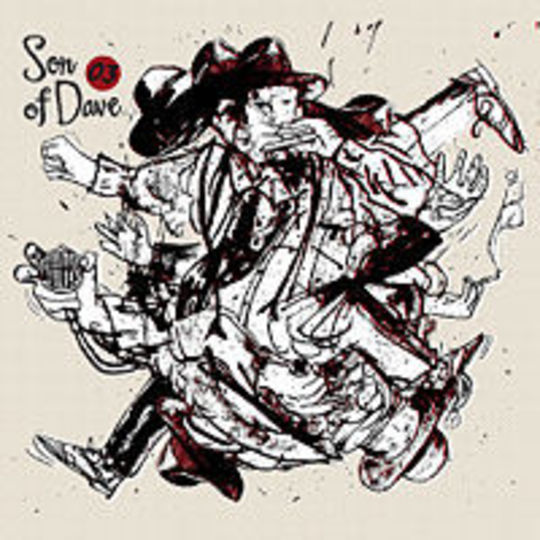 Having served his musical apprenticeship and enjoyed subsequent elevation to the respectable position of elite status (albeit briefly) as a member of 1990s slackers Crash Test Dummies, Ben Darvill could be forgiven for resting on his laurels and regressing to a childhood he seemingly never encountered.

Sadly, his obvious love of the blues, Carwash-lite funk and soul and the more recent phenomena - if you can call it that - of coffee table-cleansed hip-hop makes _03_, the third unimaginatively titled album from his Son Of Dave solo alias, seem somewhat overwrought with worthiness and an undernourished intent on recreating a past which was probably better left where it resides.

Sure, there's no doubting Darvill's excellence when it comes to finding his way around a fretboard or indeed any musical instrument without the aid of a satellite navigation system, but dexterity doesn't always equal good art or, more to the point, entertainment.

There are moments on 03_ that do sound quite innovative, the harmonica-fused dub clutter of _'Nike Town' for example, or the wholly live take of 'Squat That Rabbit which does more than anything on this record to explain Son Of Dave's relevance to the 21st Century – one could imagine the live show being a damn sight more exciting than being forced to listen to an album all the way through.

At times the record is reminiscent of Norman Cook's Freak Power project or, worse still, the ultimate dinner party snooze outfit Galliano; his lazy, uninspired cover of War's 'Low Rider' is just unwarranted and adds nothing of any purpose to the record.

Although the endorsements for Darvill as Son Of Dave seem to arrive thick and fast - Supergrass, Jools Holland and KT Tunstall being three of the more recent ones - it's hard to see why anyone beyond those with some kind of musical ability in the most traditional sense would find much to get excited about here.