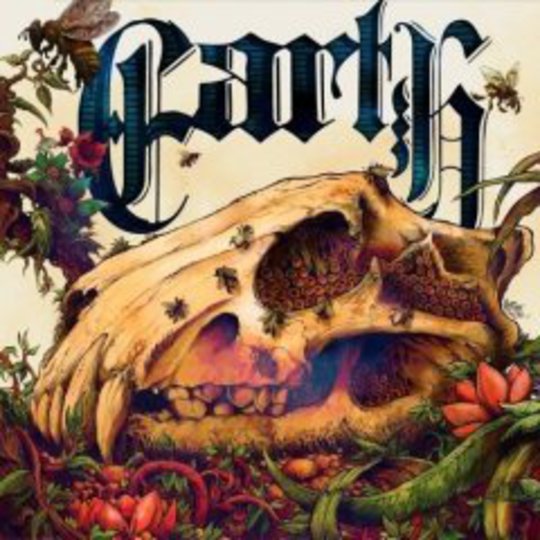 In the long years that elapsed between* Earth *studio albums, the myths and legend that grew up around Dylan Carlson threatened in many ways to overshadow the enormous influence his musical vision has engendered. Carlson’s musical career spans nearly 20 years and harks back to the late 1980s and early 1990s guitar-mangling freedom that burst forth from the Pacific North West ‘grunge’ explosion. On albums such as Bureaucratic Desire for Revenge and Sunn Amps and Smashed Guitars, Carlson and a ever-changing cast of characters created a body of work that was hugely influential to de-tuned droning guitar aficionados.

In 2005, with the release of Hex (Or Printing In The Infernal Method), Earth took a sharp turn away from the over-driven distortion and amplifier hum of their previous work and headed off road along the dusty tracks towards the darklands of Americana. This, then, is the truly cosmic American music, a musical accompaniment to the dust bowls and the vast barren wilderness of a Cormac McCarthy novel not yet written.

The pace here is still glacial and, like on Hex and last year’s stop gap tour album Hibernaculum, they've replaced the slow-mo crushing Sabbath grooves for a roots twang more reminiscent of a blessed-out but monolithic Ry Cooder. It's still skull-crushingly heavy but with a vibrating tremolo guitar twist and pulsating Hammond keyboard swirl that adds a brooding gothic menace to proceedings. On tracks like album opener_ 'Omens & Portents 1: The Driver'_ and ‘Engine of Ruin’ there is an oppressive ghostly late night desert feel to the music. There is without doubt something very wrong going on out among the sand and tumbleweed of the porous Southern border States of the US, and it's probably not legal.

However, Earth are still not afraid to dig in and grind out a minimalist riff until it's literally bleeding through the speakers. But on this album this is tempered with more feeling and a sense of huge space. On title track ‘The Bees Make Honey in the Lions Skull’ fuzzed-out guitar battles with tinkling piano and crescendos of Hammond organ whilst a drone of acoustic guitar evaporates in the background as the song stutters to a close. Vocal-less tracks float in and fade away in a haze of reverberating guitar strings and brushed drums. It’s still best experienced live and loud, with the spaces between the strummed chords and cymbals crashes filled with echoey reverb.

With US avant-jazz guitarist Bill Frisell lending subtle tones to a few songs and with touring members Adrienne Davies, Steve Moore and Don Mcgreevy on drums, keyboards and bass respectively adding to the sonic mix, Earth have evolved into a truly great band, both live and on record. This is music to lose yourself in; a soundtrack to Dylan Carlson escaping his past and pushing his musical vision forwards.

Fire In The Disco present... at Bar None!, Nottingham, Fri 01 Feb