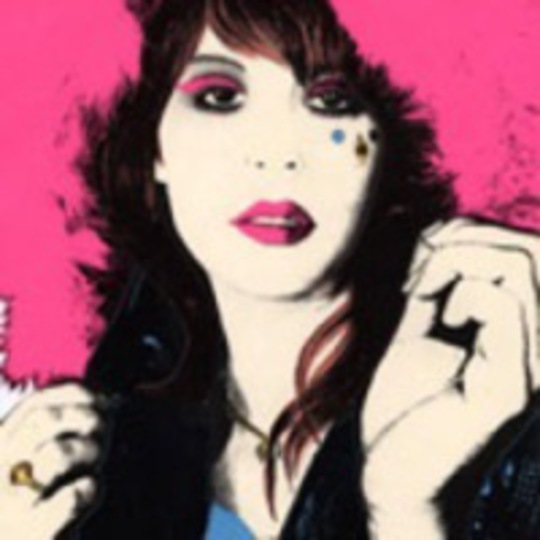 His new record label Italians Do It Better—co-run with Troubleman Unlimited’s Mike Simonetti—came from nowhere, largely on the back of an amazing compilation, After Dark, that began as a limited tour promo but ended up with proper distribution and multiple best-of-year list plaudits. Then two of his bands released excellent albums; first Chromatics with Night Drive, then Glass Candy with B/E/A/T/B/O/X. Even the generic 12” sleeves for the label were a thing of beauty and wonder.

Not that Glass Candy have appeared out of nowhere. In a time when blog-hype can kill its newborn before they’ve had time to release an album and even Woman’s Realm magazine runs a Hot New Bands of the Year feature, Glass Candy have paid their dues. Or, to put it less romantically, they’ve existed on the margins since 1999, their post-punk/glam borrowings never quite coming together into a coherent aesthetic, or into great songs.

Until now that is. Ditching the rock, B/E/A/T/B/O/X finds them stripped down to Jewel’s synths and drum machines and Ida No’s diffident double-tracked vocals. Where the Chromatics sound like the first few seconds after leaving a club shortly before dawn — four-to-the-floor disco drums thumping in the background as the dawn air turns sweat cold — Glass Candy are a daytime proposition, hotter and bouncier. The album even opens with a skit set during an aerobics class.

The first proper track ‘Beatific’ keeps thick slabs of bass afloat on waves of sibilant hi-hat that crash around Ida’s vocals and simple piano-house chords that fulfil the songs title. ‘Candy Castle’ marries sublimely unconvincing mock-triumphal synthesised horn fanfares (as great as early Swizz Beatz productions) to joyous whoops. This is music made for nudging the volume dial ever higher. ‘Rolling Down the Hills' sounds like just that — cruising in a car whilst ribbons of east coast hip-hop keyboard stream behind. 909 drums clomp under vocals that sound simultaneously wistful and celebratory. ‘Digital Versicolor’ takes us out by jacking the arpeggio-synth sound from early ‘80s banned-in-the-UK video nasty classic Shogun Assassin (“This is violence, this is violence,” chants Ida) and stretching it into a melancholy synth jam.

Although less indebted to classic disco sounds than his other projects, this is Jewel’s best work for the dancefloor, and for off it. Glass Candy take their music further than most Italo-disco revivalists, investing it with purpose and character. To make this album perfect we just need the summer.