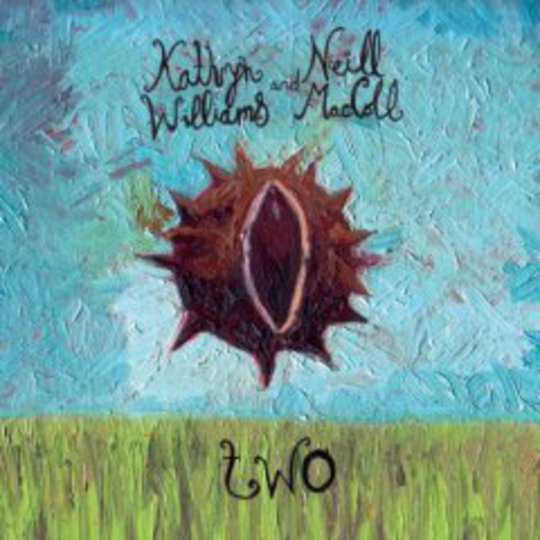 Good things come in twos, or threes, or something, don't they? Twos? We'll go with twos. Two people are on this record. There doesn't need to be any more, and any less would render it empty. The dynamic set up between the two essentials is not always thrust in your face, but you can imagine it being in the same room. Not separated by studio glass or anything like that. Be the connection between the two of them vocal, instrumental or simply supposed by the intimacy of the sounds (everything sounds very… close to your ears at most points), it is always there.

Daffy lyrics, when sung by Kathryn Williams over very simple and pretty music, sound wholly palatable. If something as sickly as "the crook of your shoulder is where I belong" were to crop up on, say, a Girls Aloud album, we'd all assume it was terrible (oh yeah, music writers hate Girls Aloud again, don't worry). As it appears here, on the sublime 'Shoulders', the virtue of the voice and the sweetness of the instrumental delivery go past the neutrality of middle ground and straight into "holy hell, that's lovely". You know how it happens, we're all hypocrites when it comes to the balance between saccharine and credible.

Neill MacColl is the son of Ewan MacColl, who wrote 'The First Time Ever I Saw Your Face' (check out Gordon Lightfoot's version is my advice), and it would be fair to say that some of the work here equals that. Not that it shouldn't, as his dad could've been a plumber or something and these would still be excellent songs. There's such an ease to each composition, as if they have been played for years. When you learn that the whole album was written and recorded in ten minutes, it makes you wonder what these two might achieve with a large ensemble and a year. The immediacy of its gestation is a tremendous plus, because it affords Williams and MacColl the advantage of being caught on the way up. Elements of interest could be added, you could sing one or two harmonies over the verses, but there's really no need. Rather than being unfinished, the songs are happily spontaneous.

Crashing into the accessible present for a sec, Two has sonic parallels with the sorely-missed Aussies Sodastream and some light folk-mode Jimmy Page (particularly on 'Before It Goes'), but with a frisson possessed only by its creators. A constant pleasure and a light emotional challenge if you're in a more accepting frame of mind, it shits on Plant & Krauss. A lovely, lovely album, and not once will you think that the fact it could have been lifted directly from 1967 is a problem. It's not.

Horowitz, The Manhattan Love Suicides, The Pains Of Being Pure At Heart at The Rescue Rooms, Notting