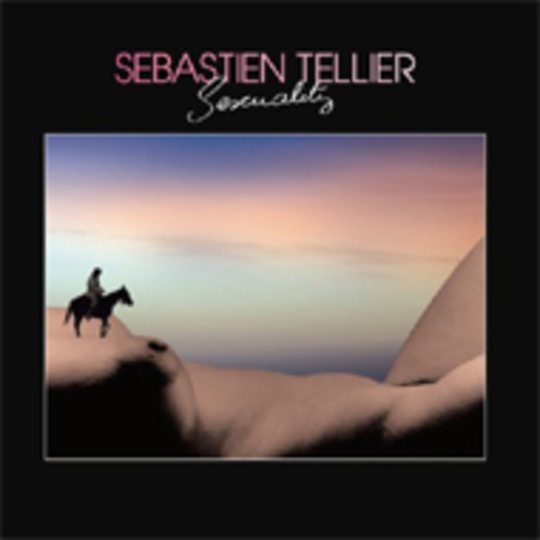 You know what’s never sexy? Under any circumstances. Ever. The French. Well, actually, let’s not be quite so hasty. That’s not entirely fair. And we’re not xenophobes. It’s the stereotypical ideas of why the French are primal, sexual beings.

The cigarettes, the coffee, the red-blooded passion, the corny ideals that comprise traditional romance; yet, in essence, only wide-eyed gap year art students from rural nowheres with the absurd notion that shame for their own nationality is the exact opposite of BNP-style nationalism are impressed. Exoticism sells, y’know.

Do you know who is_ sexy and French? Eva Green. Why? Let’s just say she can enunciate in an English accent without sounding disgusted at the very language spilling from her lips. Sebastien Tellier, a.k.a. France’s supposed crown prince of electro-pop songwriting, does just about manage to flick the same trick on occasion throughout _Sexuality, his uncomfortably hammy consideration of lovemaking. When he sticks with mother tongue seductions, however, the chief difficulty is not any language barriers. It’s getting past the thought that a night with the unshaven Sebastien would approximately represent getting sweaty with a long-lost Bee Gee found abandoned in a Paris cabaret bar. Not sexy. In any way.

It would be easy to excuse Tellier with a wink and a nudge; he can’t be serious, after all. And of course a production credit for Daft Punk’s Guy-Manuel De Homem-Christo will render all critical criticisms oddly impotent in many eyes. But the evidence against is stacking fast. And we prefer tongues down throats, not massively too far in cheeks, thankyouverymuch.

Opener ‘Roche’ threatens initially to make the past 250 words irrelevant, promising Mediterranean bliss eyeing you up with a suaveness recalling the most Serge Gainsbourg-indebted latter-day Super Furry Animals dressed as Talk Talk. Despite the obvious cheese potential, something beautiful is blossoming. But ‘Kilometer’ soon disappears with the fragrance of Air hanging heavy, and before long you’re balls-deep in utter freewheeling bollocks like ‘Pomme’. The latter is tragically resplendent with the sort of woman-led orgasmic background moaning 1990s hip-hop mined until everyone went, “Erm, I’m not actually getting hard here. Quit it already”.

Admittedly, single ‘Sexual Sportswear’ does whiff of Future Classic aftershave; closer ‘L’Amour Et La Violence’ lets his guard down for a split second via swirling piano, subtly escalating electronics and ballad-based honesty. And Gruff Rhys could have been justly proud were he behind ‘Elle’.

Listen To My Heartbeast