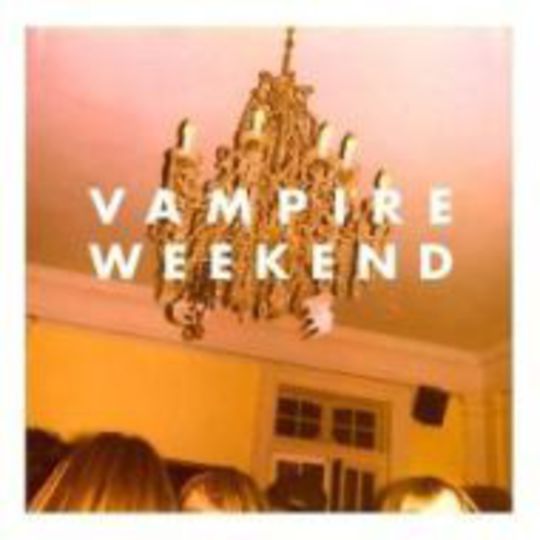 Sometimes in music ‘college’ can be a dirty word; the very insularity of college life bleeding into the music: college rock can drift towards being self-enclosed and inward-looking, strangely conservative in spite all the ‘alt’ labels plastered over it. That’s because college is_ insular, particularly if you go to a ‘top’ university (not that I do) – a closeted world in and of itself. Vampire Weekend, as any promo shot with tell you, wear their education, their class, on their sleeve; that’s partly what makes this record so refreshing – there’s no trace of denial or pretence about what the band are or aren’t. Not unlike _Oh, Inverted World, Vampire Weekend is an album that doesn’t try to hide the fact that its creators are suburban, born and bred.

Yet for all the self-awareness of The Shins’ debut, it still had an air of slight claustrophobia about it, full of oblique imagery, references to shopping malls and hiding in_ music. Vampire Weekend take their Ivy League education (how could I not mention it?), their New Jersey upbringing, and turn it outward – arms open, hurling themselves across the freshly cut college grass, shirts creasing under the afternoon sun. Part of that agreeable openness comes through the obvious ‘African’ influence; see _‘Cape Cod Kwassa Kwassa’, the perfect exemplar of the group’s fusion of indie and more wordly influences, opening like Dirty Projectors covering Ballake Sissoko, full of singer Ezra Koenig’s unpretentious vocal inflections and knowing references to affluent suburban living (in this case to “Louis Vitton” and “sandy lawns”). Despite the clear ‘world’ affectation, at its heart Vampire Weekend is really just a great pop record; whereas acts like Beirut almost fetishise world music, adopting it as a means of escapism, here Vampire Weekend take the joyfulness of African harmonies and instrumentation and turn them towards their own universe.

The result is songs like ‘A-Punk’, ripe with infectious riffs and warm flutes, a track bursting with energy and ideas. ‘M79’, meanwhile, sounds like Mark Mothersbaugh at his most jaunty, all studious strings and assiduous drumming. The production throughout Vampire Weekend is perfect, holding all the various threads together as a coherent whole that manages to sound simple without ever being underwhelming. There are weak moments on the record, notably the peculiarly tepid ‘I Stand Corrected’, but these are easily outnumbered by tracks like ‘Campus’, Koenig watching a girl cross uni after class: it’s the self-awareness and eye for detail that separates Vampire Weekend from their peers. A cursory listen to Albert Hammond Jr’s last record will tell you that it’s easy to make indie-by-numbers, jangly guitars et al. The Strokes were another band who were more than well aware of their class and education; yet where Julian Cassablancas’s voice was shrouded in crackly layers of lo-fi fuzz, never shifting out of an insidiously monotonous scowl of atonality, Koenig isn’t afraid to let his rise and fall unselfconsciously (check out ‘Oxford Comma’).

Ultimately it’s this sense of the group being so at ease with themselves that makes the album so enjoyable. “Why would you lie about how much coal you have?” pleads Koenig at one point – honesty and self-awareness is the order of the day here; when the band hit their stride its hard not to bound along with them. Being studious and middle class doesn’t have to be all insulation and alienation – even if you’re from the Ivy League, you can still have fun. That may be an obvious statement, but it’s one that Vampire Weekend sense is worth repeating.

Instruments Of Science And Technology

Music From The Films Of R/Swift