Instruments Of Science And Technology

Music From The Films Of R/Swift 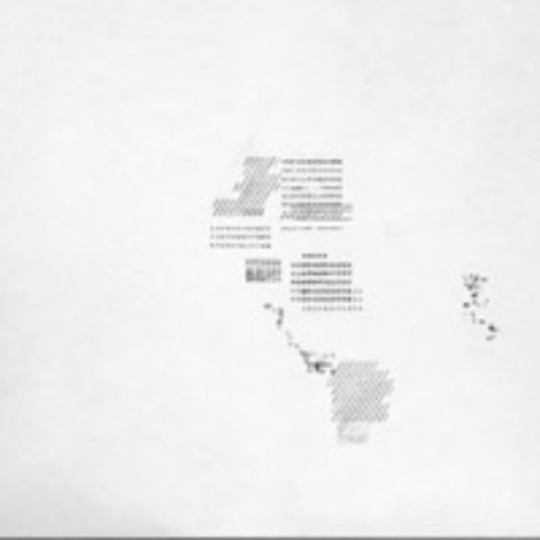 It’s taken many listens for this album to provoke in me a response that could, with the proper application of syntax, be turned into anything like a coherent opinion. With hindsight’s benefit I’d surmise Music From the Films of R/Swift somehow equivalent to audible doodling on the part of its protagonist, absent and always half-conscious, as if Swift’s new Instruments of Science and Technology guise was one formed by the unreachable parts of his brain while he slept at night. A doze-walking, graveyard shifter ambles through an overtime of nauseous artificial lighting and pranging creaks, twisting the workplace into awkward kraut and ambient contours. A caretaker; sinister and invisible and meddling with your shit.

Whoever it is heading home just as the new day dawns, they’ve done a good job of ridding the clutter. The tracks here, almost without exception, are austere complaints from wires strung tight and bound, the screeching waste product of rebelling fuses and distorted drum machines that Swift can’t convince to fit. I say ‘almost’ like there’s an exception and second track ‘INST’ is it and all; the key to its parent record but also a decoy that can only be seen for what it is when you venture out past its safe boundaries into the songless hinterland that makes up the rest of Music From….

But first this spoof. Rubbish singing robots, conveyor-belt factory-pistons and other even more ill-rendered/described effects all wail kraut-as-caricature, ‘INST’s slightly psych-y 'pop' stomp hosting the record’s only human voice, as, like in a film that plays its only twist in the opening five minutes, the record sinks in upon itself. After this blot of civilization the record’s lost to a wild tangle of wires and cut valving, finding Swift already bored of tired kraut truisms and ready to wander.

And wander he does; first into the haunted glimmer and whine of ‘Subplot’, before the loping, haunched drums that barged their way through Brian Eno’s ‘Some of Them Are Old’ and Radiohead’s ‘Pulk/Pull Revolving Doors’ turn up in ‘Shooting A Rhino Between the Shoulders_’, a track roughly as weird as finding the animal tucked away in some backroom of that sleeping factory. Returning to ‘INST’ as a counterpoint, a pop-song anomaly, this is the first time Swift tries to pin a rhythm on the mess he’s made and its met with murmurs of discontent. By _‘Theme 5’, two tracks later, those murmurs will've turned to screams as the beats that intrude on the unsettling, form-free deserts of sound Swift’s cleared are shouted down by the ambient noise that had already come to rest there.

When these protests continue in 'Theme 4', 'Theme 3' and '_Clay Young Battles the Man' it stregthens the impression of _Music From... as nothing more than a waggish exercise sheet on which Swift can work out his own existential funk through the eternally- and reliably-isolated medium of ambient electronics. And if he's not feeling into some deeper dark, then perhaps he’s just fooling around, playful and haphazard and surprised by the fact that someone has devoted so much time to working out what, for him, amounts to nothing more than the working up of a cold electric sweat.